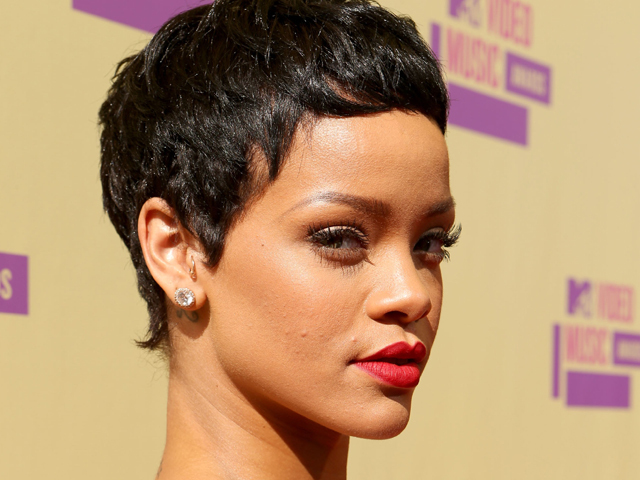 The 22-year-old "Umbrella" singer has worn her hair in a variety of styles and colors over the years. This time, she has opted for a deep black shade and a pixie cut with bangs.

She is not the only one to go short. Among the stars who have cut off their locks in recent weeks are Miley Cyrus, Anne Hathaway, Natalie Portman and Michelle Williams.

Rihanna, who opened the VMA ceremony at the Los Angeles Staples Center in a sparkly red outfit, was nominated for five awards.