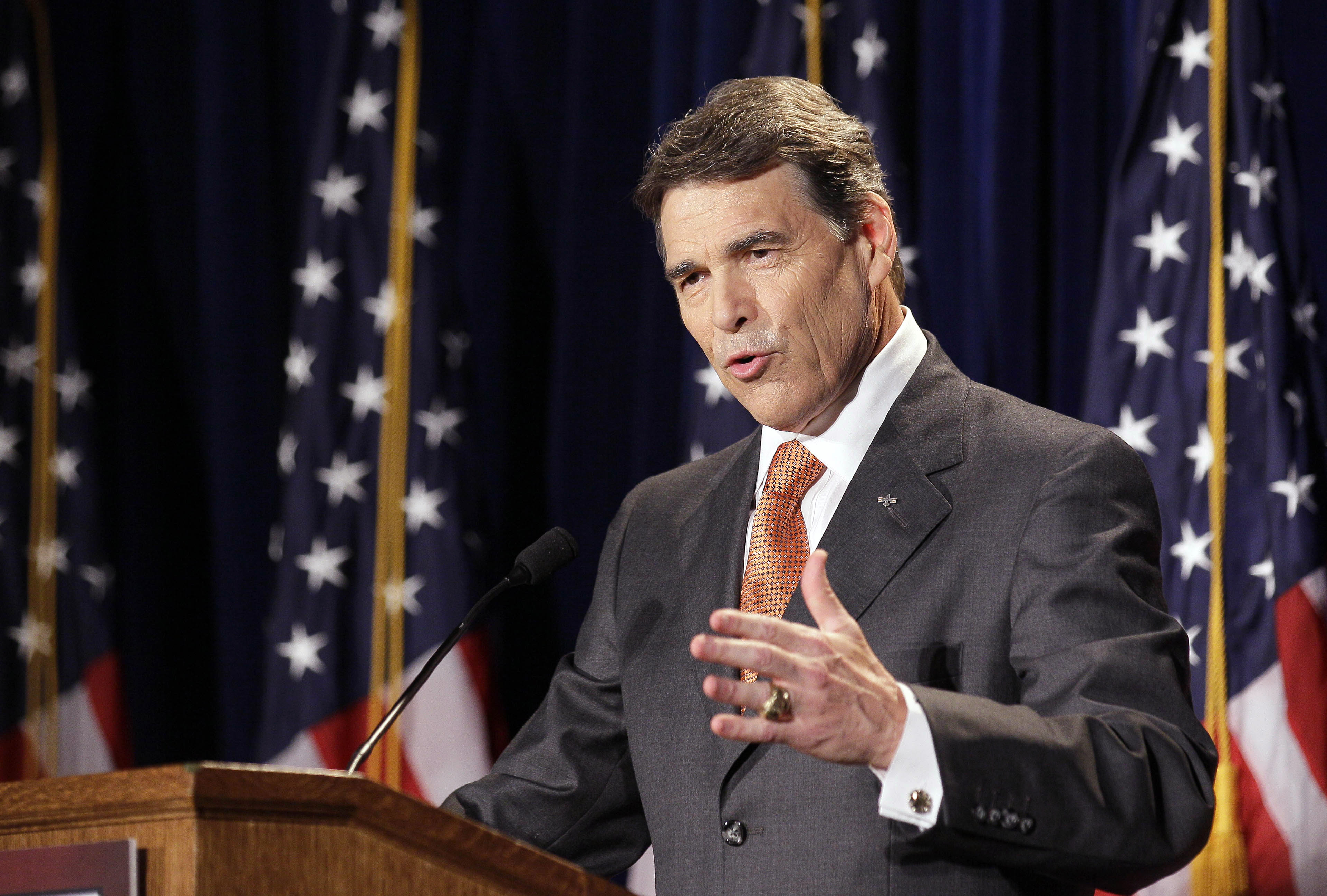 CHARLESTON, S.C. -- After months of speculation that he would run for president, Texas governor Rick Perry made it official Saturday in Charleston, S.C.. He'll join a crowded field of republican candidates vying for the party's nomination.

"I declare to you today as a candidate for president of the United States," Perry told a crowd of about 400 conservative bloggers and activists packed into a sweltering hotel ballroom.

With beads of sweat on his upper lip, Perry took shots at the Obama administration, saying that it had "failed," and that its economic policies have "prolonged our national misery, not alleviated it."

"Our country's most urgent need is to revitalize our economy [and] stop the generational theft that is going on with this record debt," Perry said.

Perry called for smaller federal government, promising to "work everyday to try to make Washington, D.C., as inconsequential in your life as I can."

As the nation's longest-serving governor, Perry, 61, is an evangelical Christian who is well liked by conservatives because of his push for lower taxes, opposition to abortion and gay rights and advocacy for gun owners.

This will be Perry's first campaign for national office and his announcement falls on the same day as the Ames Straw Poll, a move seen by many as a distraction to the happenings in Iowa.

Primer: What is the straw poll
Palin in Iowa: I'm not stealing the spotlight
Michele Bachmann makes last ditch appeal in Iowa

Haley, watching Perry's speech from the front row, did not make an endorsement, but said she would back a candidate before her state's third-in-the nation nominating contest early next year.

Perry travels to New Hampshire tonight and will campaign in Iowa this week.