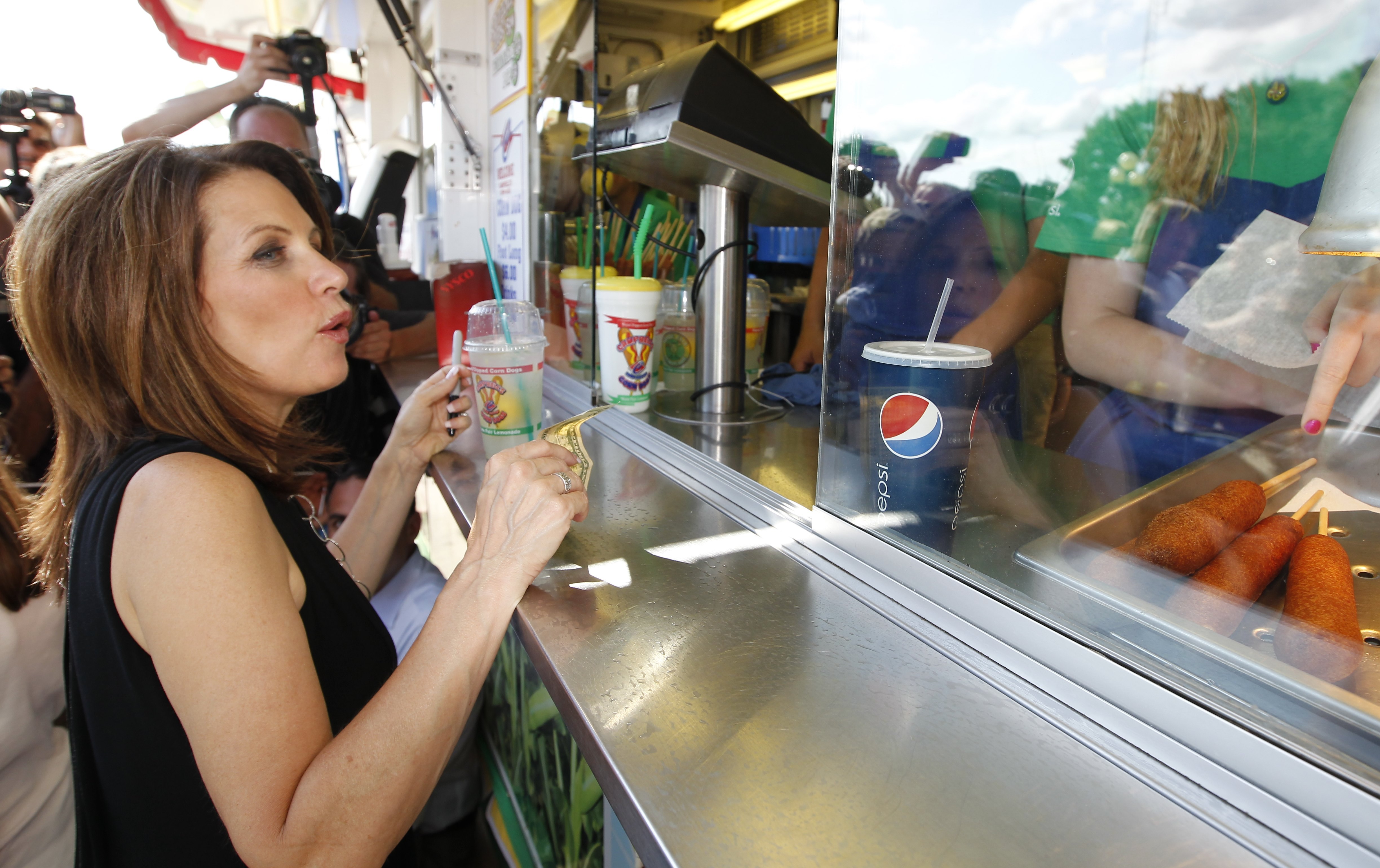 DES MOINES, Iowa - Rep. Michele Bachmann gave an extremely brief and 30-minute late speech at the Iowa State Fair here Friday afternoon, calling in Iowans to come out and vote for her at tomorrow's straw poll.

Like some of the other presidential candidates, Bachmann is paying the $30 entry fee for her supporters to get into the straw poll and offering them free food and entertainment in exchange for their votes. Candidates hope that a victory in the straw poll will result in positive media coverage that will give their candidacy a boost.

Bachmann, who spoke for less than three minutes, opened by repeating her oft-stated line that she is "going to make Barack Obama a One. Term. President!," She then referenced President Obama's victory in the Iowa caucuses in the 2008 campaign cycle.

"This is where Barack Obama got his start, this is where he's going to come to his end - in Iowa," she said.

Bachmann also called for repeal of the "Obamacare" health care law and stood by her questionable claim that, if elected, she could turn the economy around within one quarter, saying, "it won't take more than three months to get the whole shooting match already up to speed."

When Bachmann left the stage, some in the crowd grumbled that after waiting for a half an hour, Bachmann barely bothered to give a speech. But many moved toward the stage hoping to score an autograph or photograph.

It was at this point that a young man stood up on top of one of the bales of hay that had served as seating and began screaming "shame on you" at Bachmann over her opposition to gay rights.

"I'm a second class citizen because of you, Michelle," he said. "Second class citizen. Where's the life, liberty and pursuit of happiness for every American, Michele? You can't pray the gay away." He also complained that Bachmann's husband Marcus had "called me a barbarian."

Members of the crowd soon confronted the protester, who later identified himself as 17-year-old Gabe Aderhold from Minneapolis, Minnesota. One told Aderhold, "you're treating yourself like a second class citizen"; another told him, "you belong in New York."

Bachmann was not the first candidate confronted by Aderhold, who earlier in the day got in a more civil back-and-forth with Tim Pawlenty. Michele and Barcus Bachmann left the stage almost immediately after Aderhold began yelling.