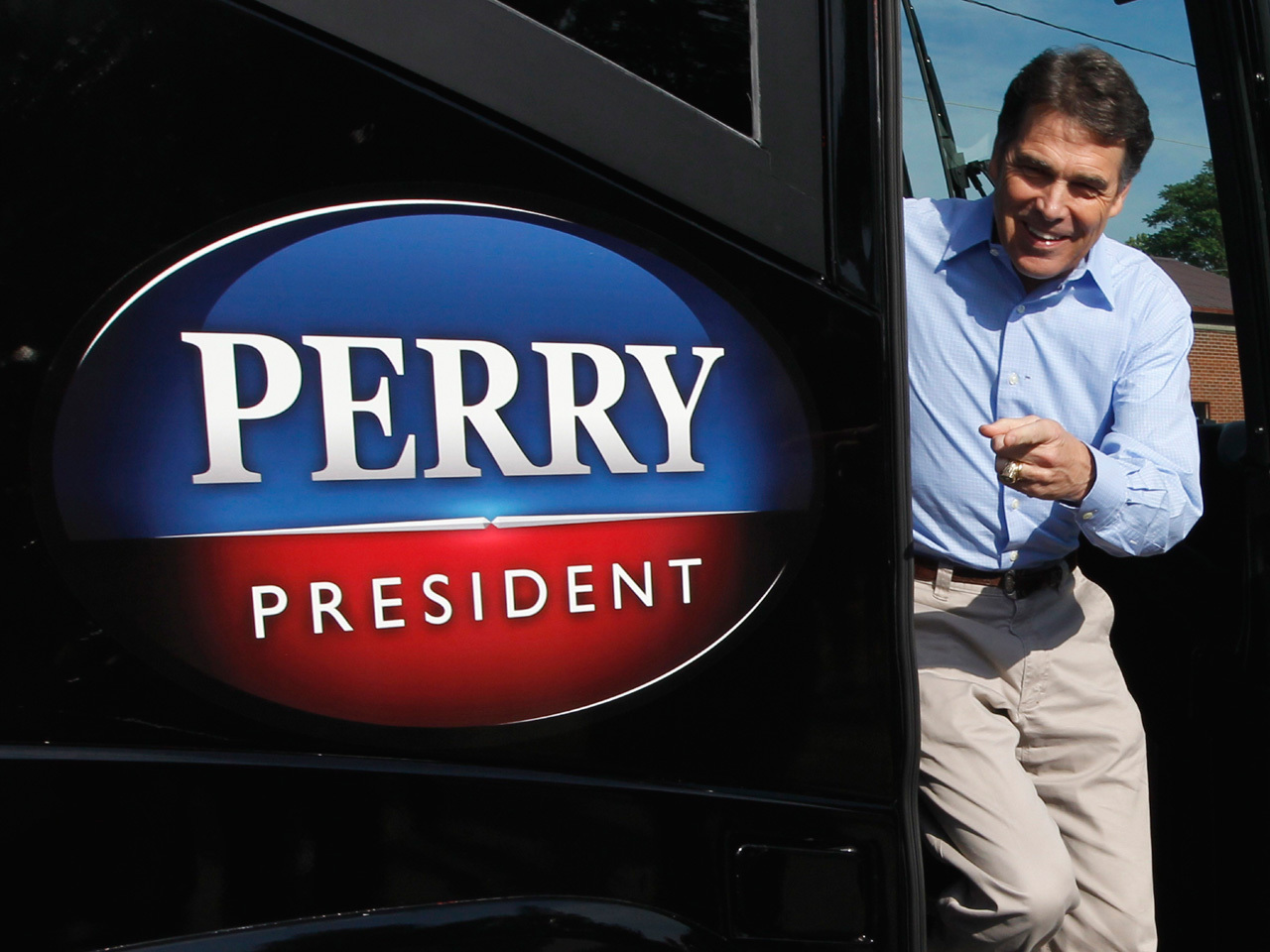 At a Monday appearance in Iowa, the Texas governor took aim at Federal Reserve Board Chairman Ben Bernanke for taking actions intended to boost the economy out the worst recession since the Great Depression.

"If this guy prints more money between now and the election, I dunno what y'all would do to him in Iowa but we would treat him pretty ugly down in Texas. Printing more money to play politics at this particular time in American history is almost treasonous in my opinion," Perry said when asked about his views on the Federal Reserve. Perry shook up the race for the Republican nomination when he announced his presidential bid Saturday.

Bernanke, who served as a top White House economist for President George W. Bush before he was tapped to the run the central bank, has lowered interest rates and overseen a host of extraordinary measures to revive the U.S. economy which was officially in recession from December 2007 through June 2009.

The Fed has bought trillions of dollars worth of bonds, purchases referred to as "quantitative easing." The second and supposedly final round of those purchases ended in June, though the Fed last week signaled it may be willing to pursue a third round of bond purchases if the economy remains weak.

The unemployment rate fell slightly to 9.1 percent in July, though the economy grew just 1.3 percent in the three months through June after growing at a 0.4 percent pace in the first three months of this year.

The Fed also took the unprecedented step of saying it intended to keep interest rates low for at least two more years as it anticipates weak economic conditions and a "subdued outlook for inflation over the medium run."

It is not clear what Perry meant by treating the former Princeton professor "pretty ugly" or even what he meant by "printing more money to play politics at this particular time." But his comments show a willingness to say things to grab attention and the question itself is a reminder that anxiety over the economy is at the top of voters' minds.

Rep. Ron Paul, a fellow Texan running for president, has made bashing the Fed a signature of his career and even wrote a book about it in 2009: "End the Fed." But Paul is not seen as likely to get the GOP nomination, while Perry is seen as a front-runner with former Massachusetts Governor Mitt Romney and Rep. Michele Bachmann of Minnesota.