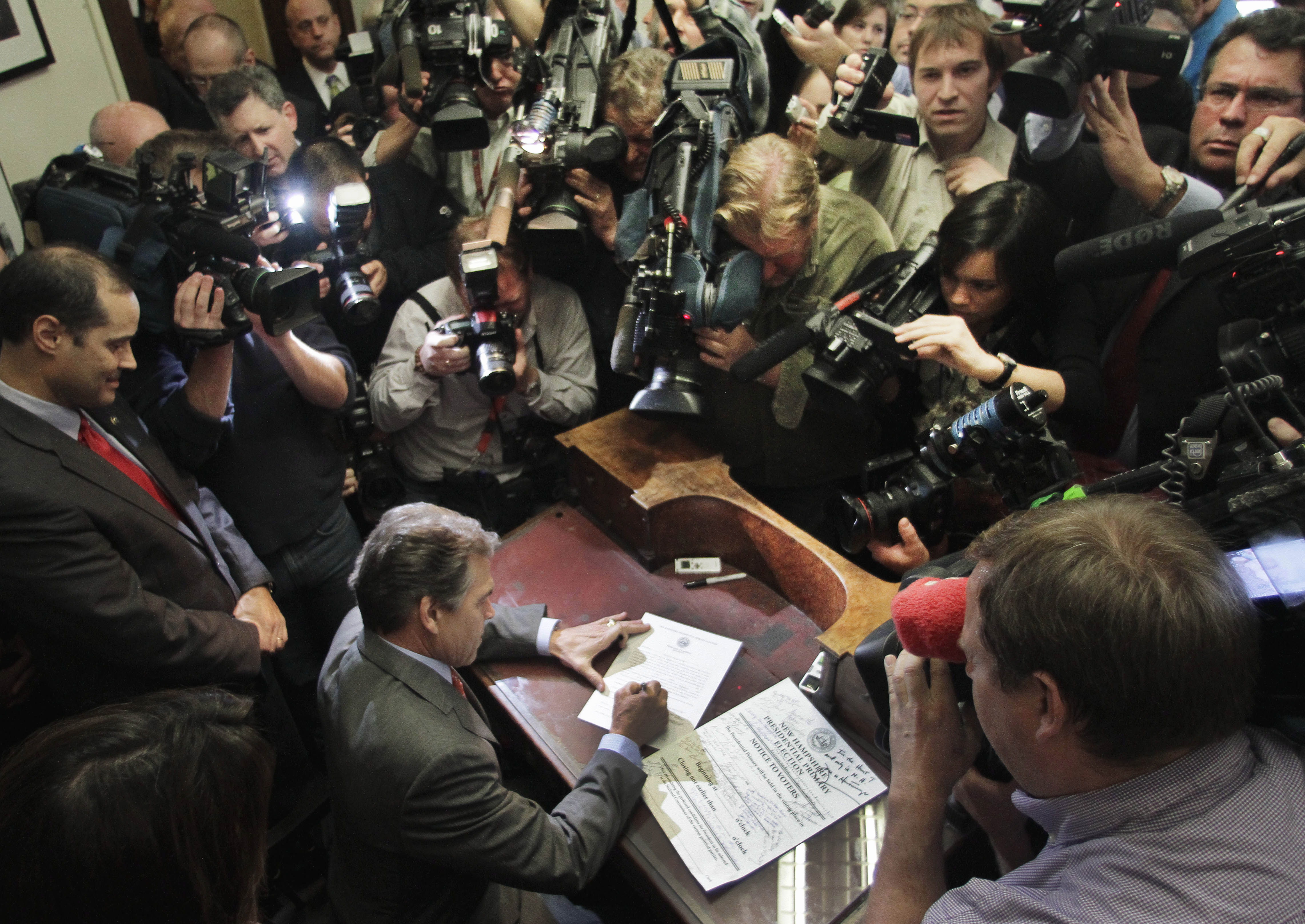 CONCORD, N.H. - On the same day that his campaign accused Republican presidential rival Mitt Romney of flip-flopping on global warming, Rick Perry told supporters here Friday that he is not "ignorant" on the issue.

"I don't put myself in this ignorant category," he said, describing his position as "thoughtful, skeptical."

The Texas governor has always expressed doubt about the science of global warming. His campaign issued a press release Friday accusing Romney of "pandering" on the issue by telling an audience in Pittsburgh "we don't know what's causing climate change." The Perry campaign contrasted that with an earlier statement Romney made in New Hampshire, where he said of global warming: "I believe that humans contribute to that."

Perry was in New Hampshire to formally file for a position on the state's first-in-the-nation primary ballot. Threading his way through a handful of protestors and hundreds of supporters thronging the hallways at the New Hampshire secretary of state's office, Perry told reporters he admires the Granite State's "grand tradition" in the presidential nominating process and is "very honored to be part of it."

Talking to reporters afterwards, Perry defended his stand on providing college tuition breaks for Texas young people who had been brought into the country illegally by their parents. "Are we going to create tax wasters or taxpayers?" he asked.

The Texas governor pooh-poohed a recent poll that showed him lagging the field here with just 4 percent of the vote here, while Romney led with 40 percent. "I don't pay attention to the polls," he said, pointing to another indicator in which he has done well. "Obviously we had a good fundraising period," said Perry, who collected more than $17 million between the time he entered the campaign in August and the end of September.

At the Barley House, where he boldly ordered the "Perry Texas Burger" - coffee charred brisket, coleslaw, pepper jack cheese and fried onion rings all on a cheddar jalapeno bun -the Texas governor expressed confidence he can win over the Granite State's famously flinty Yankee voters.

"I'm not here here just because I like to hang out with y'all," he said. "I'm here to win." On his relations with the press, he quipped: I always get a fair shake from the media. You know they put you in and shake, shake."