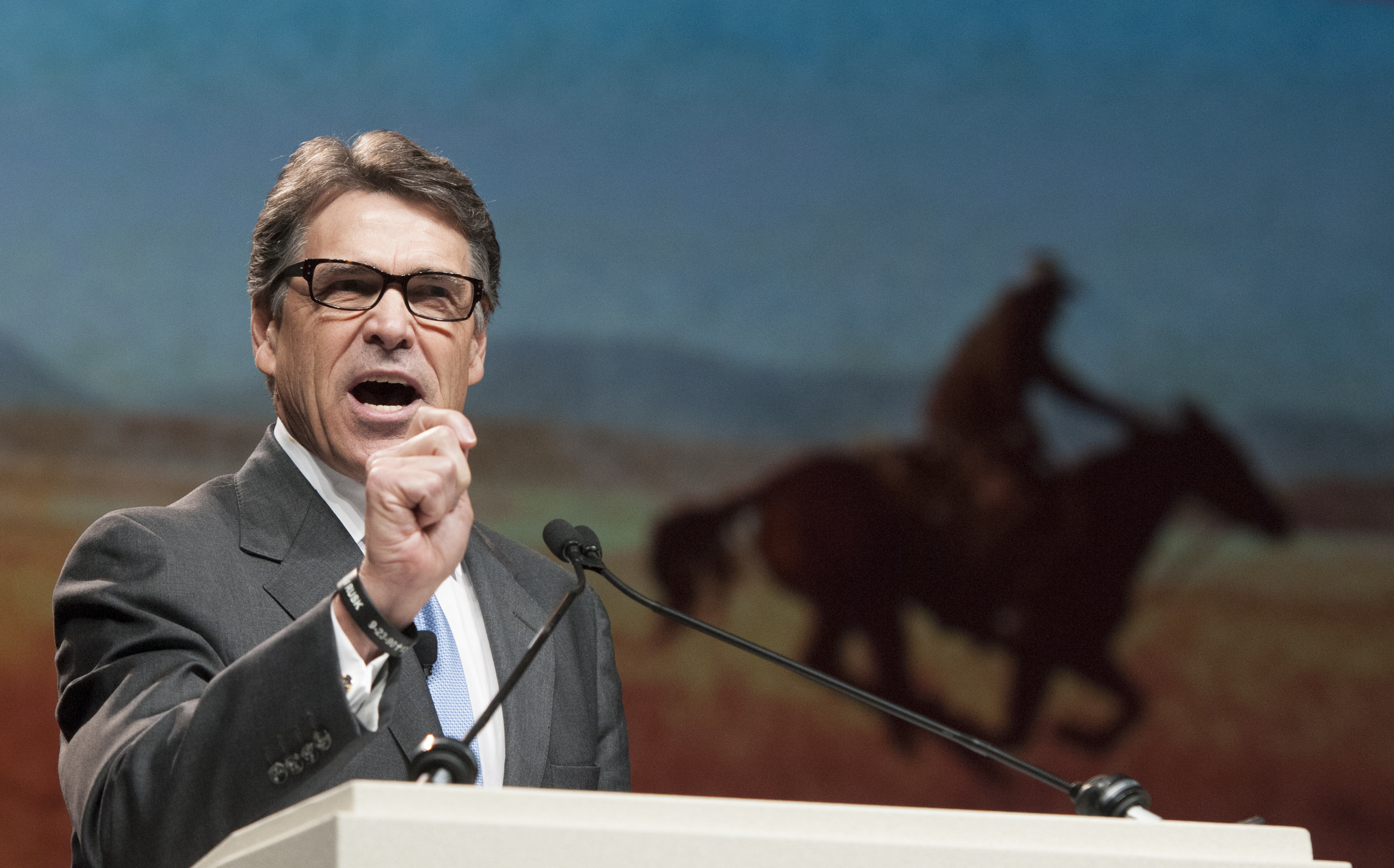 Asked whether he believes homosexuality is a disorder, Gov. Rick Perry, R-Texas, compared homosexuality to alcoholism during an appearance in San Francisco on Wednesday night.

"Whether or not you feel compelled to follow a particular lifestyle or not, you have the ability to decide not to do that," said Perry, according to the San Francisco Chronicle. "I may have the genetic coding that I'm inclined to be an alcoholic, but I have the desire not to do that, and I look at the homosexual issue the same way."

The remark, delivered during an appearance at the San Francisco Commonwealth Club, drew "murmurs of disbelief" from the audience, according to the Chronicle.

Perry's riff came just four days after the Texas Republican Party adopted a platform endorsing the controversial practice of "reparative therapy," which seeks to convert gays and lesbians to a straight lifestyle through counseling and prayer.

Perry said Wednesday he's not sure whether "reparative therapy" works.

After more than 14 years on the job, Perry will leave the governor's office next year, and he's mulling a presidential bid in 2016.

Perry's last bid, in 2012, ended unsuccessfully, but it relied heavily on the governor's appeal among social conservatives -- the kinds of supporters who would be fired up by the governor's comments about homosexuality on Wednesday.

In an memorable campaign advertisement that debuted in Iowa in late 2011 before the first-in-the-nation caucuses there, Perry brandished his Christian faith and condemned the repeal of the military's don't-ask-don't-tell policy that barred gays from serving openly in the military.

"I'm not ashamed to admit that I'm a Christian, but you don't need to be in the pew every Sunday to know there's something wrong in this country when gays can serve openly in the military but our kids can't openly celebrate Christmas or pray in school," Perry said.