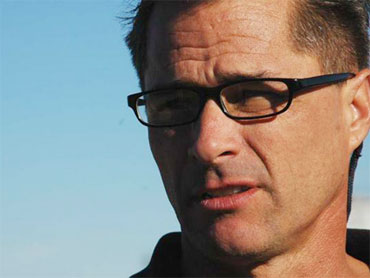 Richard Heene, the Colorado man at the center of the alleged "balloon boy" hoax, was "terrifying" to be around at times and has created an unsafe environment for his three sons, two former associates told CBS' "The Early Show".

Barbara Slusser, who worked with Heene as a stormchaser and appeared with him in the reality show "Wife Swap" said he could be "a lot of fun" sometimes, but "it could be terrifying at times when he'd go off. It was a three-ring circus."

Slusser described an incident during the filming of "Wife Swap" when she was prodded by a producer to say something about women, which made Heene go "ballistic."

"He jumped off the couch, ran down the hall, grabbed some toilet paper, and ran back and was physically trying to shove it in my mouth for my 'verbal diarrhea,'" Slusser said. "And then on top of it, once we quit, he starts screaming 'She's out of here! Get her out of my house. She can't do the show anymore.'"

Slusser didn't mention the specific comment that set Heene off.

Scott Stevens, another former partner, said Heene was a "handful" that has "trouble staying focused and balanced."

"The one thing I wish Richard would have displayed a little more of was patience. He was very, very short patience. And once that patience was gone, Then he was angry," Stevens said, though he added that he never saw Heene get violent toward another person.

"He really had a hard time containing himself, when he was happy or sad or anything. He just lived on that edge."

The Heenes are expected to be charged this week with falsely reporting their 6-year-old son Falcon was on board a homemade UFO-shaped balloon accidentally floated away from their home. The balloon ascended thousands of feet in the air and eventually traveled 50 miles before landing in a field two hours later. With no child found on board, rescue workers feared he may have fallen out during the flight only to find that he had been safely at home the entire time.

Heene allegedly staged the event to drum up publicity for a reality show he was pitching.

Stevens has no doubt the alleged stunt, calling it "a hoax it from the beginning."

Slusser and Stevens also both agreed that Heene and his wife, Mayumi, exposed their three children - 10-year-old Bradford, 8-year-old Ryo and Falcon - to danger.

"The one time I felt that it was extremely poor judgment on his behalf was taking those kids into the eye of Hurricane Gustav," Slusser said of one of his stormchasing expeditions.

Stevens said the kids "need to be in a better environment."

A photo posted by the 42-year-old NASCAR driver's racing team show him leaving with his two daughters.