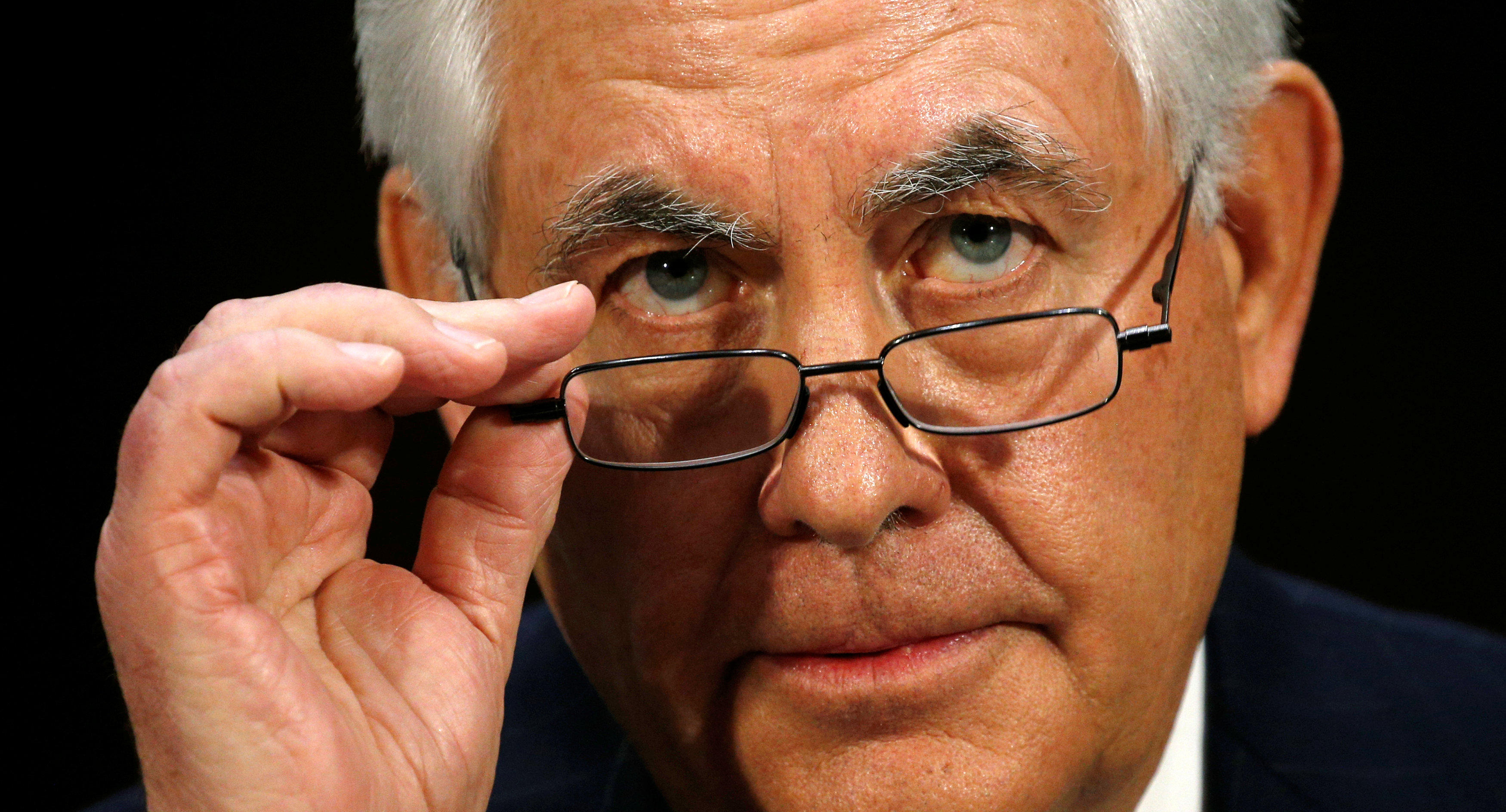 Secretary of State Rex Tillerson has largely been silent during his almost three weeks on the job. Some of America’s past top diplomats have practiced deliberative diplomacy (Madeleine Albright famously said diplomatic talks, like mushrooms, grow best in the dark), but Tillerson seems to be taking this idea to new extremes.

Tillerson’s trip Wednesday to Mexico City was first announced by Mexico’s Foreign Ministry, and the topics of their discussion were revealed by the U.S. only Tuesday. Diplomats also confirmed that Tillerson’s meeting last week in Germany with Saudi Arabia’s Foreign Minister was not his first. The State Department had simply not previously announced an earlier one.

There also have not been any daily briefings so far. For decades, the briefings have been the main channel for the Department to get its message out to reporters and capitals around the world. A senior State Department official tells CBS News that there are plans to resume them soon though no date has been set.

Perhaps more serious for diplomats is the fact that State Department officials were completely shut out of President Trump’s key meeting with the Israeli prime minister last week. As CBS News previously reported, Mr. Trump’s son-in-law, Jared Kushner – who has no experience in foreign affairs - did sit in.

Yet senior State Department officials insist that the worldly former Exxon Mobil CEO is not being shut out and is in frequent contact by phone with President Trump. He’ll meet Wednesday with his boss before departing for key talks in Mexico City with President Pena Nieto and other Mexican diplomats. Striking the right note in that conversation will be key. Mexico’s president abruptly cancelled his previously scheduled trip to Washington in the wake of the Trump administration’s executive order to construct a border wall, which Mr. Trump has described as being paid for by Mexico.

Officials at the State Department say that Mr. Tillerson is being careful and deliberate. The words “discreet”, “professional”, and “very smart” are often used by foreign diplomats to describe their meetings with America’s new top diplomat. Many of these same diplomats describe themselves as “always on our nerves” when it comes to dealing with the Trump administration, and frequently having to clarify for their home governments whether the U.S. president actually means what he says in public.

Tillerson is slowly selecting key policymakers including assistant secretaries, as well as potential ambassadors. This is a process that is also being shepherded by White House chief of staff Reince Priebus. Elliott Abrams – who had served under Presidents Reagan and George W. Bush - had been favored by Tillerson to serve as his deputy, yet the choice was nixed by the White House. Abrams publicly said he thought Trump aide Steve Bannon had personally opposed his hire.

It is not clear who will take the position of helping Tillerson - who has never worked for the U.S. government before - to manage both the interagency process and the sizable bureaucracy. Earlier this week in Mar-a-Lago, President Trump said that he was very impressed with Ambassador John Bolton – a former State Department official who rose to prominence during the Bush administration – and had plans for him to join the administration. Mr. Trump did not specify which job he might take but he had previously been considered for the State Department deputy role.

On Wed. afternoon, Acting Spokesperson Mark Toner made these comments on the matter:

In addition to regular press briefings conducted by a Department spokesperson, reporters will soon have access to additional opportunities each week to interact with State Department officials. The Department is also exploring the possibility of opening the briefing to reporters outside of Washington, DC via remote video capabilities.”