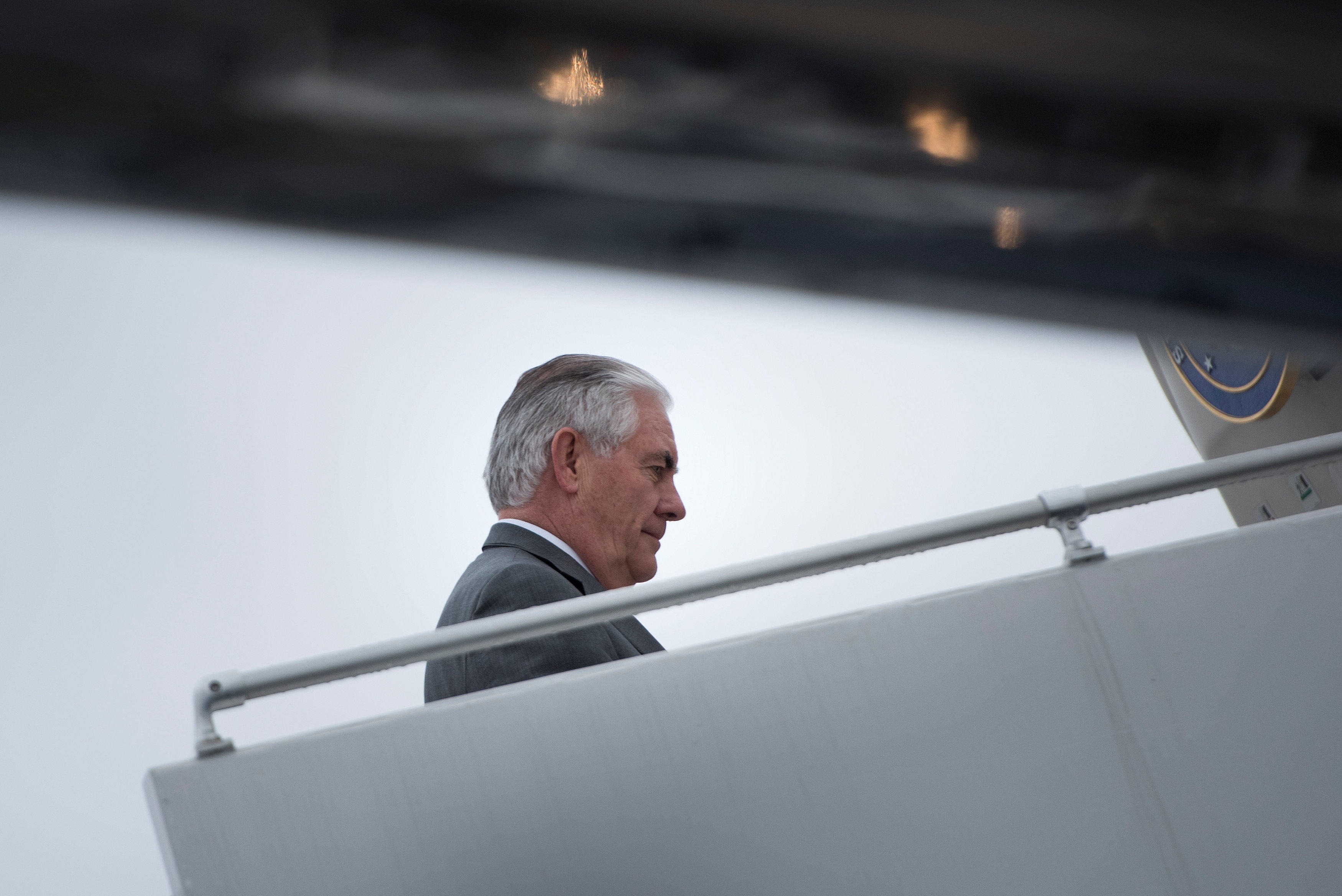 Cautious, reserved and intent on avoiding the spotlight, the former Exxon Mobil CEO is proving to be everything his extroverted Oval Office boss is not.

In his first weeks as America’s top diplomat, Tillerson has gone to great lengths to avoid attracting attention, despite a growing perception in Washington that the State Department is being sidelined by a power-centric White House.

Some State Department officials have been told by the White House to expect drastic budget cuts, with much of the reduction potentially coming out of U.S. foreign aid money. Trump and his team have also told those interviewing for top State Department jobs that significant staffing cuts will come. Some appear to have started already.

Most of the cuts came from the seventh-floor staff, who work for the Deputy Secretary of State for Management and Resources and the Counselor offices. They were told last week that their services were no longer needed under the new administration.

The staffers serve as a conduit between the secretary’s office to the various country bureaus, where the regional knowledge is centered. Within the State Department, some officials fear that this is a politically-minded purge that cuts out much-needed expertise from the policy-making, rather than simply reorganizing the bureaucracy.

The staffers were reassigned. Some other top posts are vacant, and there are no signs they’ll be quickly filled.

While Tillerson has met or spoken with dozens of foreign counterparts in his first weeks, the White House is driving the front-page diplomacy. The lack of State Department involvement has flustered many long-time diplomats.

When Trump met Israeli Prime Minister Benjamin Netanyahu last week, acting Deputy Secretary Tom Shannon was assigned to represent the agency in the meeting because Tillerson was flying to Germany. At the last minute, Shannon was blocked from participating in the meeting. The meeting went on without State Department representation. Instead, Trump’s son-in-law, Jared Kushner - who has little regional expertise or diplomatic experience -  had a greater role in the meeting than the Senate-confirmed secretary of State.

It was “modified to allow for a more personal discussion,” according to a U.S. official, who was authorized to discuss the matter publicly and spoke on condition of anonymity. Tillerson had dined the evening before with Netanyahu and Jared Kushner, Mexico and other countries. That is a role that traditionally has fallen to the secretary of state.

That particular incident was disheartening to many officials within the State Department who hoped that Mr. Tillerson - who had a long career as the chief executive of a company with global business interests - will bring his worldly experience and management to a building that has been demoralized by the Trump administration’s antipathy toward multilateralism and cavalier approach to diplomacy.

Tillerson has barely spoken in public, save for greeting U.S. diplomats on his first day and brief comments after a get-together with Russia’s foreign minister.

It’s a sharp contrast with the Obama administration’s last secretary of state, John Kerry, who routinely found his way to the center of global crises, enthusiastically fulfilling the “public diplomacy” part of the job. Whereas Kerry exhausted staff with impromptu, whirlwind foreign trips and constant press appearances, Tillerson has made it known to his staff that he wants a lower profile.

In private, the Texas oilman with the booming baritone voice is deliberate, independent and cool-headed, according to U.S. and foreign diplomats who have interacted with him and spoke on condition of anonymity in order to avoid possible diplomatic fallout from discussing private conversations. A common thread in Tillerson’s meetings with diplomats has been an emphasis on safety of U.S. personnel, State Department officials said.

It’s a continuation of a theme Tillerson touched on when he spoke to staffers on his first day, and one he plans to echo this coming week on a trip to Mexico City with Homeland Security Secretary John Kelly. Tillerson will stop at the U.S. Embassy to meet with American diplomats, officials said.

Diplomats from several foreign countries said Tillerson is playing it safe in high-level meetings so far, avoiding extemporaneous comments. He shows up seeming well-prepared and confident on the substance of issues, rarely consulting his aides or written notes, they reported.

While those signs of continuity in U.S. policy may have assuaged some foreign leaders’ concerns about Trump, Tillerson’s tight-lipped nature unsettled others.

After meeting Tillerson, French Foreign Minister Jean-Marc Ayrault lamented the “vague” U.S. position on issues such as the Israeli-Palestinian conflict. Tillerson told several of his international partners the U.S. is still in “listening mode,” leaving some with the perception that Trump may craft U.S. foreign policy on the fly.

In a rare interaction with reporters, Tillerson said before leaving Germany he was bringing home “many” messages for Trump. Asked to share a few, he demurred.

“Not until I share it with him,” he said.