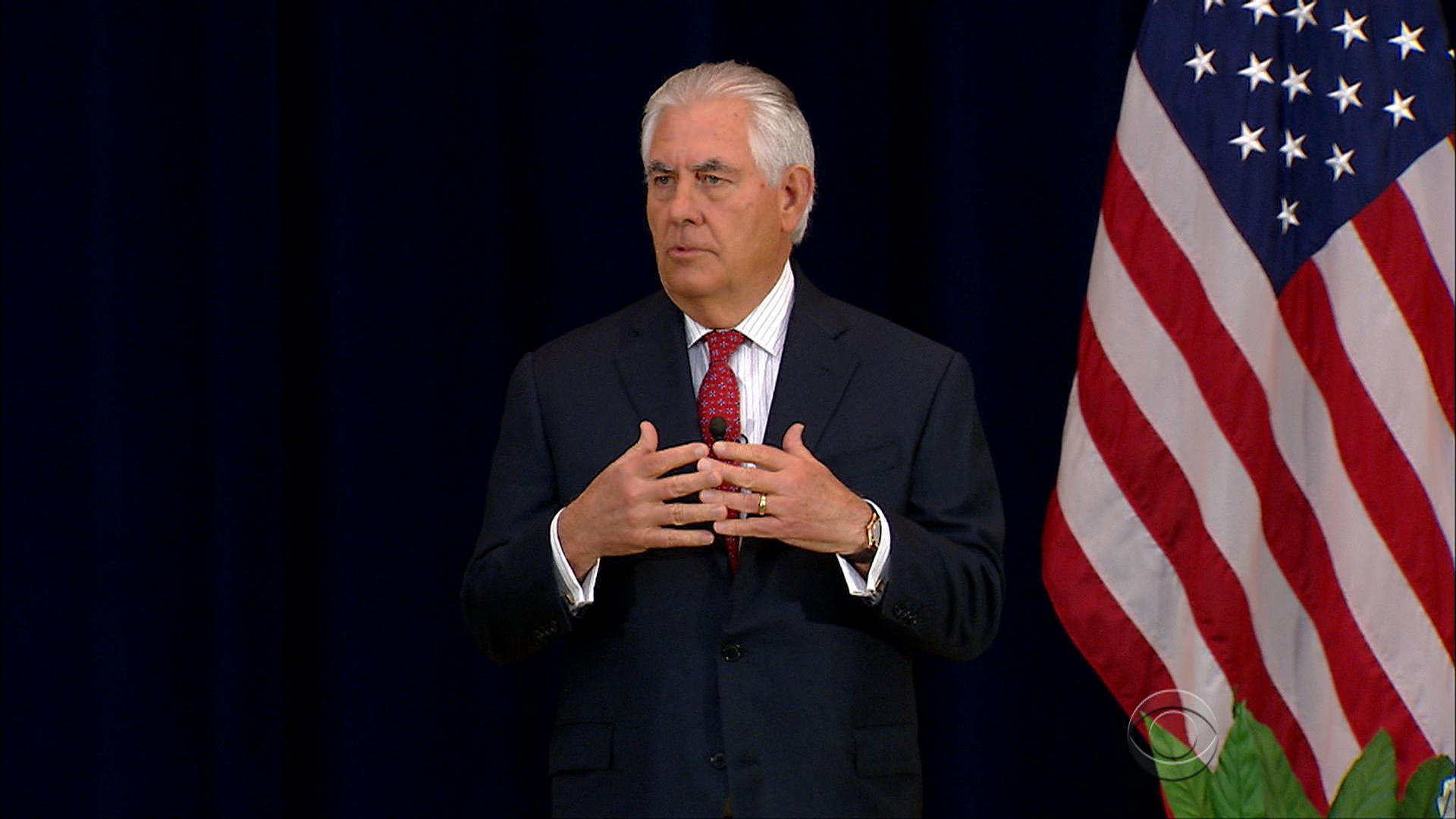 WASHINGTON -- To mark his 90th day in office, Secretary of State Rex Tillerson spoke to State Department employees for just the second time.

Tillerson is planning big changes at the department -- doing more with less.

During his speech, he explained how he plans to implement President Trump's "America first" foreign policy.

He defended the U.S. strategy to isolate nuclear-armed North Korea, but said conditions are not yet right for a meeting with dictator Kim Jong Un.

Tillerson also shared details for a plan to rebuild trust with Russia by getting President Vladimir Putin to broker a cease-fire in Syria.

"The relationship between our two nations was the lowest it's been since the Cold War," he said.

But Tillerson is tackling those thorny issues without the usual top diplomats. He still has not appointed policy directors for Asia, the Mideast or Russia.

Of the 119 jobs that require Senate sign-off, only three have been confirmed. The president has nominated an additional seven.

Tillerson failed to explain his plan to eliminate more than 2,000 jobs, and potentially cut a quarter of the department's budget. But he began a listening tour that will cost more than $1 million.

Tillerson hired an outside contractor to help with the reorganization of the department. That leaves career diplomats wondering if these cuts will help streamline the bureaucracy, or simply gut a building already concerned that power is being concentrated in the hands of officials with far less foreign policy experience.