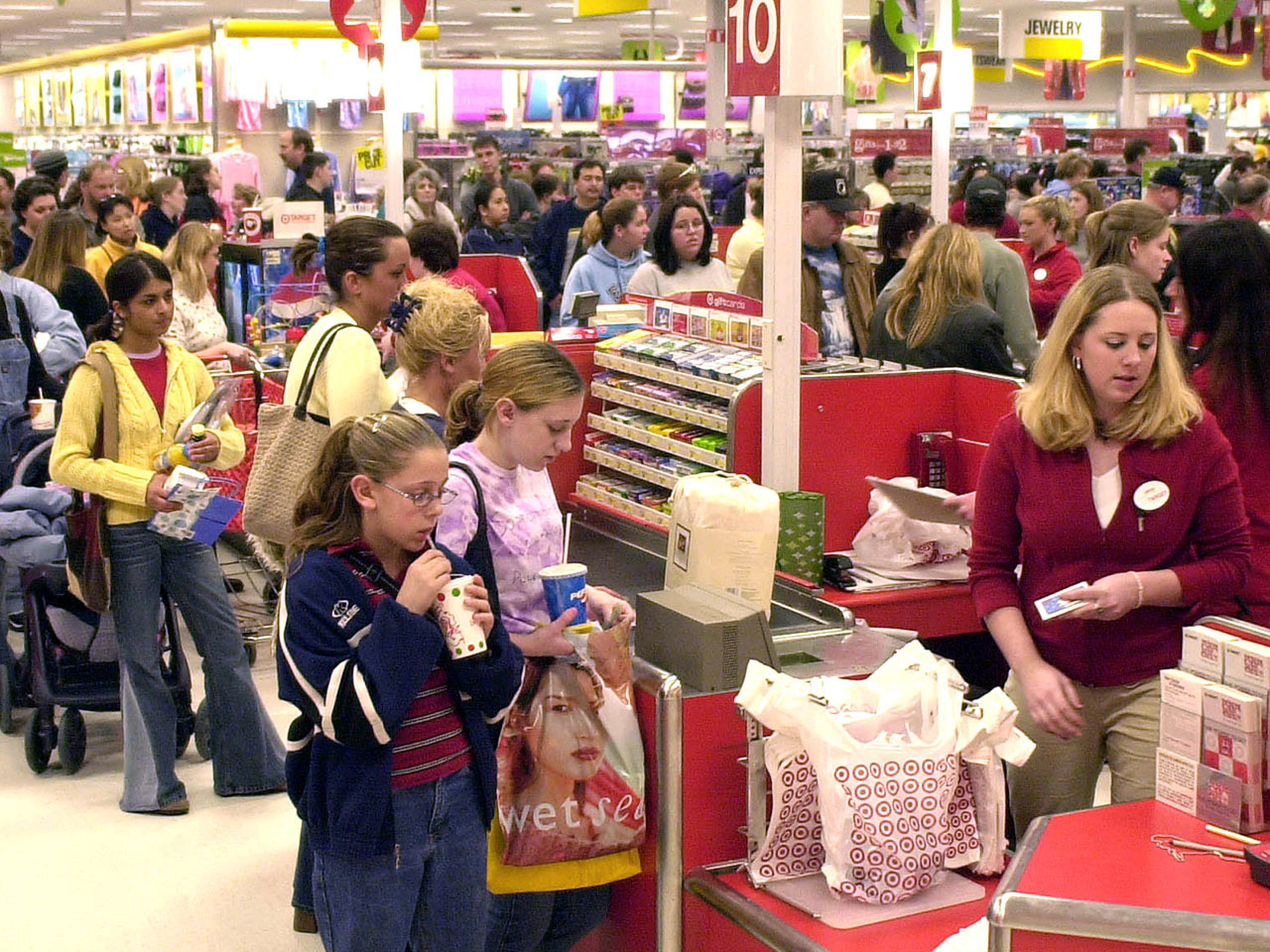 (AP) NEW YORK - Americans are expected to spend more during what's traditionally the busiest shopping season of the year, but they're not exactly ready to shop `til they drop like they have been in the past two years.

The National Retail Federation, the nation's largest retail trade group, said Tuesday that it expects sales during the winter holiday shopping period in November and December to rise 4.1 percent this year. That's more than a percentage point lower than the growth in each of the past two years, and the smallest increase since 2009 when sales were up just 0.3 percent.

The projections are an important indicator for retailers that depend on the last two months of the year for up to 40 percent of their annual sales. But the estimates also offer valuable insight for economists who closely watch consumer spending, which accounts for up to 70 percent of economic activity.

The holiday shopping season is one gauge of not only the shopping habits, but also the mindset of the average American during what has turned out to be a slow and uneven economic recovery. Right now, people are feeling better about rising home prices and a rebounding stock market, but job growth is still weak and prices for everything from food to gas are higher. At the same time, there's uncertainty about who the next president will be and some Americans worry that the U.S. debt crisis could lead to another recession.

"In all the years, this is the most challenging year doing a forecast," said Matthew Shay, president and CEO of the National Retail Federation, based in Washington, D.C. "There are so many uncertainties."

No one's feeling those uncertainties more than U.S. shoppers. Darlene Johnson of Silver Spring, Md., says her outlook has improved in the last few months. The value of her 401(k) retirement plan has risen. Home sales where she lives are up again, and her neighbors are getting higher prices for their houses.

Still, Johnson, who's been grappling with higher food and gas prices, says the economy is still not stable enough for her to splurge during this holiday shopping season. And she's worried about how the debt crisis could affect her.

Johnson says last year, she overindulged and spent about $5,000. It took until this past May to pay down her credit card debt. As a result, this year, she plans to cut her holiday spending to $1,500.

"I felt too much pressure financially,'' said Johnson, who works for the National Institutes of Health, a government agency that's a conglomerate of research centers. "I am not going to do it to myself again."

It's Americans' worries about the economic uncertainty that led the National Retail Federation to predict slower growth during the winter holiday shopping season than the increase of 5.6 percent and 5.5 percent in 2010 and 2011, respectively.

Still, the forecast is higher than the average growth of 3.5 percent for November and December over the past 10 years. And it continues a growth trend that began after holiday sales fell 4.4 percent in 2008 during the middle of the recession. (The federation for the first time is counting online sales and sales from the auto parts and accessories business. It has revised every year's holiday figures from 2000 to reflect the change.)

The federation's forecast also is still more optimistic than the International Council of Shopping Centers, a mall trade group that last week said it predicts a 2.9 percent increase. It's also higher than the 3.3 percent growth estimated by ShopperTrak, a Chicago-based analyzer of retail foot traffic, last month.

The forecasts come as retailers wrap up what's expected to be a strong back-to-school shopping season. There have been no official numbers out on sales for that shopping period, which is typically the second biggest shopping season of the year and a barometer for what people are willing to spend during the winter holidays. But Ken Perkins, president of RetailMetrics LLC, said he expects revenue at stores opened at least a year to be up 5 percent for the combined August and September months.

But predicting holiday spending is never easy. Take last year's holiday period. Overall sales were strong, but sales don't tell the whole story: Retailers' profits were eroded because they had to do a lot of discounting to get shoppers to spend, particularly during the final weeks before Christmas.

And all the economic variables that will likely have an impact on this year's shopping season make predicting sales that much more difficult. Among them, the worry that the U.S. economy will fall off into another recession next year. That's when tax increases and deep spending cuts will take effect unless Congress reaches a budget deal.

Retailers and economists are hoping history doesn't repeat itself. The last time there was such a budget battle, in August 2011, it ended with the country losing its top credit rating, nervous investors fleeing the stock market, and shoppers taking a break from buying.

Still, Americans are more optimistic than they have been in a long time. Consumers' confidence rose to a seven-month high in September even as the unemployment rate has been stuck at around 8 percent, according to the Conference Board. Gallup Poll, which tracks consumer confidence daily, also registered a pickup in confidence last month to the highest level since May. The upcoming presidential election seems to be having an impact on how shoppers' view the economy, economists say.

Adding to that, Americans have seen their stock portfolios grow as The Standard & Poor's 500 stock index has surged more than 15 percent this year. And national home prices were up in July 1.2 percent compared to the same month last year, according to the Standard & Poor's/Case Shiller index released last week. That's the second straight year-over-year gain after two years without one.

Still, some economists question whether the higher level of confidence among Americans is sustainable. Confidence has been bouncing around since the recession and the current level is still well below what's considered healthy. Moreover, the spike in confidence has yet to translate into a surge in spending.

``You have to be confident to spend, but because you're confident doesn't necessarily mean you'll spend,'' said Dennis Jacobe, chief economist at Gallup Poll.

For their part, retailers already are being cautious. John Challenger, CEO of Challenger, Gray & Christmas, says retailers are expected to increase holiday hiring by 6 percent to about 700,000 for the October through December period compared with a year ago, when that figure was 660,200. That's well above the 324,900 hired during the financial meltdown in 2008, but still below the 746,800 level in pre-recession 2006, and well under the nearly 850,000 seasonal workers hired during the height of the dot.com boom in 1999. NRF predicts merchants will hire between 585,000 and 625,000 seasonal workers for the holidays. That's in line with last year's 607,000, according to the trade group's measure.

And they're already starting to offer enticements to lure holiday shoppers. Kmart, a division of Sears Holdings Corp., Toys R Us and Wal-Mart Stores Inc. have announced last month they're either lowering or waiving the upfront services fees for their interest-free pay-over-time program. All three said the moves were in response to complaints from shoppers.