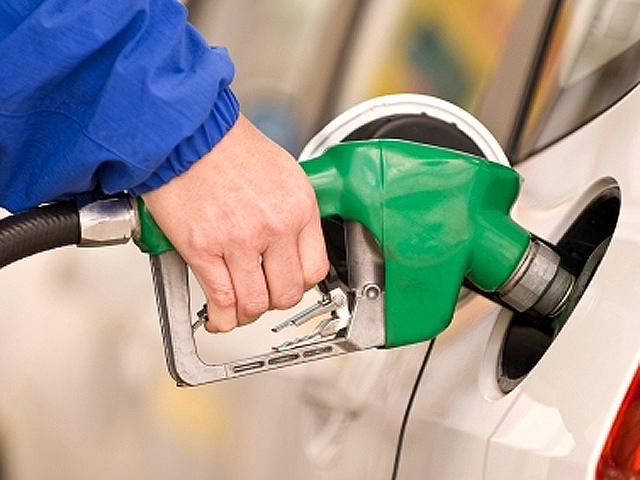 (AP) WASHINGTON - Americans boosted their spending in August even though their income barely grew. Much of the spending increase went to pay higher gas prices, which may have forced consumers to cut back elsewhere.

The Commerce Department said Friday that consumer spending rose 0.5 percent in August from July. It was the biggest jump since February.

Gas prices rose nearly 50 cents per gallon in July and August, but have since leveled off. Excluding the impact of higher gas prices and other price gains, spending ticked up only 0.1 percent last month.

Income grew only 0.1 percent, too. But after accounting for inflation and deducting taxes, income actually fell 0.3 percent the poorest performance since November.

The increase in prices and slower growth in pay forced people to save less.

"The U.S. personal income and spending data for August are worse than the headline figures suggest and indicate that subdued jobs growth is hitting incomes," said Paul Dales, senior U.S. The increase "was largely due to extra spending caused by the surge in gasoline prices."

The economy grew at an annual rate of 1.3 percent in the April-June quarter, the government reported Tuesday. Most economists say growth rate will likely hover around 2 percent in the July-September quarter, a rate that is far too weak to lower the unemployment rate.

The combination of weak income growth and a big jump in spending meant that households saved less. The saving rate dropped to 3.7 percent of after-tax income in August, down from 4.1 percent in July.

A price gauge tied to consumer spending jumped 0.4 percent, reflecting the rise in energy prices. It was the biggest one-month jump since March 2011. Excluding food and energy, prices barely changed. Over the past year, prices excluding food and energy rose only 1.6 percent, well below the Federal Reserve's 2 percent inflation target.

Earlier this month, the government released a mixed report on retail spending that showed that consumers are feeling pinched by higher gas prices.

Consumers spent 0.9 percent more at retail businesses in August from July. But excluding the impact of gas prices and a sizeable increase in auto sales, retail sales rose just 0.1 percent. The retail sales report showed Americans cut back on clothing, electronics and at general merchandise outlets.

There have been some positive signs that spending could pick up in September. A measure of consumer confidence jumped this month to its highest level since February. Steady gains in home prices, along with record-low mortgage rates, have helped fuel a modest recovery in the housing market.

And a report Thursday offered some hope that the job market will strengthen. Weekly applications for unemployment benefits plunged 26,000 to a seasonally adjusted 359,000. That's the lowest level in two months.

Still, most economists expect only modest hiring gains when the government releases the September employment report next week. The forecast is that employers added roughly 100,000 jobs, about the same as in August.