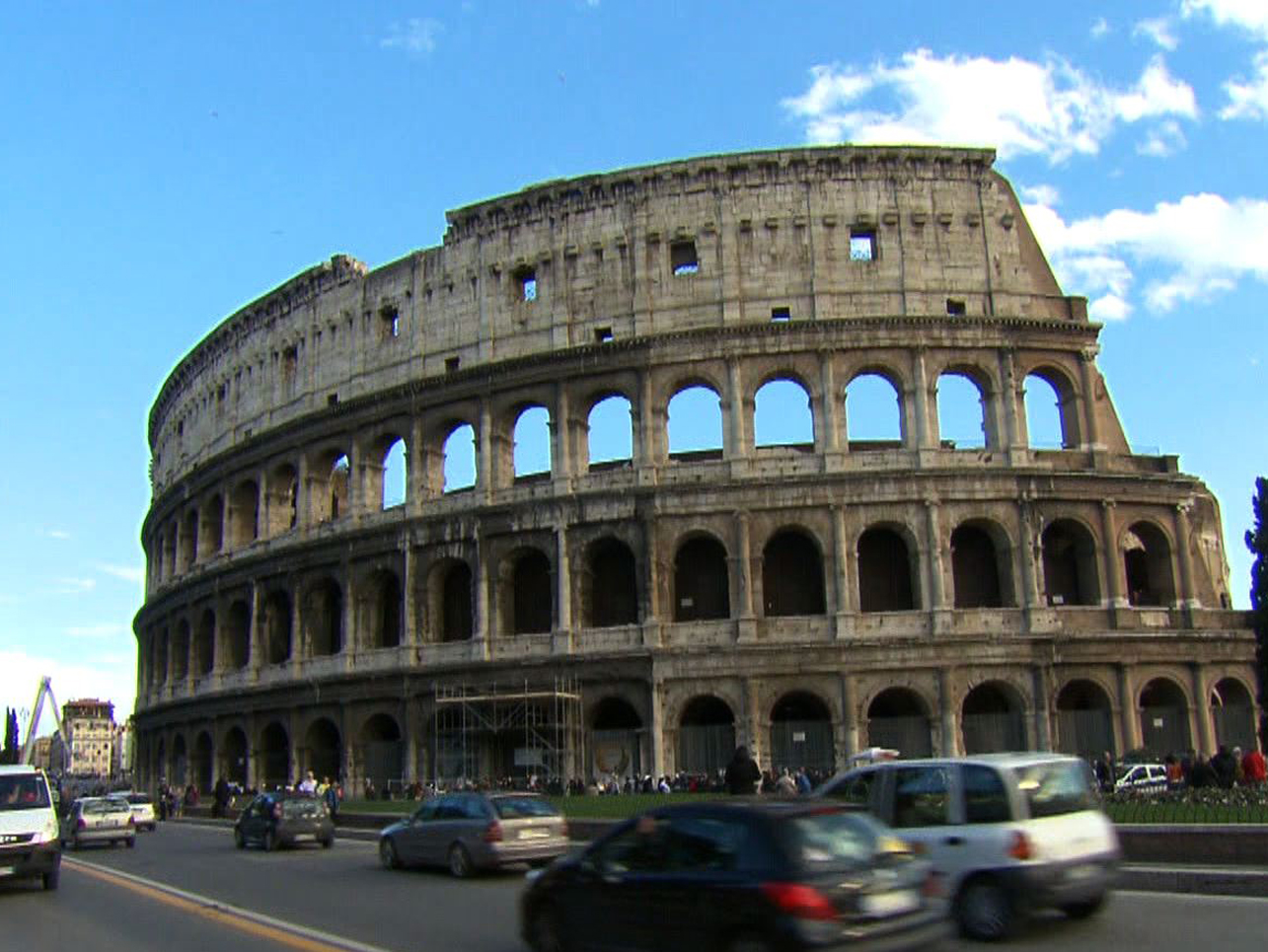 While that moment isn't at hand, the Colosseum is a mess. Traffic pollution has blackened the once colorful walls and pieces have fallen off. The recession means the city can't afford to clean up the ultimate symbol of ancient Rome's might and majesty, so they took up an offer from a modern Italian icon, the luxury leather goods company Tod's, owned by Diego della Valle.

Valle told CBS News’ Allen Pizzey that he’s spending $33 million to fix the monument because he is an Italian.

“I am very proud to be Italian,” he said. “This is the most important Italian monument and symbol.”

Tod's will get the publicity value of saying they footed the bill,but won't be allowed to put advertising on the structure.

To make sure the four million tourists a year who come to trudge in the footsteps of gladiators and emperors aren't short-changed, work is limited to sections measuring 150 feet  by 150 feet at a time. Taking down and rebuilding the scaffolding nine times and the painstaking nature of the cleaning, means it will take three years to complete.

Exhaust, pollen, algae and fungus growths form a coating the restorers call "black rust"  which has to be washed with non-chemical solutions and rubbed off gently in order not to damage the stonework.

Only when it's clean can they begin the task of restoring any damage.

While it is cold and tiring work, restorer Francesca Bedetti told Pizzey she loves it.

"I think it's very beautiful, my job. It's a beautiful job to restore," Bedetti said.

Not everyone, who perhaps ought to, thinks that way, however.

"The government now is focused on other things maybe and not very close to the real problems of the Italian people at the moment,” said Valle.

The city council came under fire for restricting traffic around the Colosseum and the project was held up for almost two years, partially because of complaints over how it was tendered. However, in the end, it seems that no one wanted to put Venerable Bede's prophesy to the test.