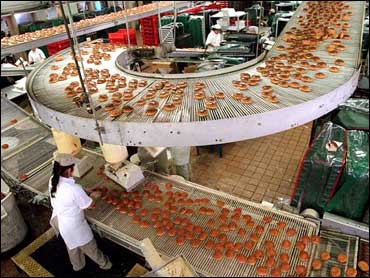 Because of a legislative oversight, a new Virginia law requires businesses to give workers Saturdays or Sundays off if they want it, alarming some businesses with weekend and round-the-clock shifts to cover.

Some retailers are even trying to get a game plan in place for their holiday shopping season, still several months away.

It was a mistake made last legislative session that came out good intention.

All state Sen. Frederick M. Quayle wanted to do was repeal the archaic laws banning Sunday work. His measure did that, but it also got rid of a long list of business exemptions attached to the old statute. That list was the same one attached to another obsolete statute, the "day-of-rest" law, which is still on the books.

"It did blindside everyone," said Hugh Keogh, president of the Virginia Chamber of Commerce.

So as of Thursday, the start of the state's fiscal year, all non-management employees can choose Sunday or Saturday - if that is their day of Sabbath - as their rest day. In addition, all workers are allowed 24 consecutive hours off each calendar week.

Penalties include a fine of up to $500 for each offense. Also, a business that forces an employee to work on a day of rest may have to pay triple the worker's regular pay.

While businesses are scrambling to reconfigure schedules, government officials are seeking a quick fix before the General Assembly returns in January 2005.

Virginia's Department of Labor and Industry asked state Attorney General Jerry Kilgore whether the law could be interpreted on its intent - not the outcome. The answer: Probably not.

Democratic Gov. Mark Warner, who signed the bill into law, said he will support legislation in the January session that would fix the bill retroactively.

Kilgore spokesman Tim Murtaugh said that solution won't work either because the attorney general would essentially be asked not to enforce a law.

"If the governor has a problem with a bill he signed, he should call a special session and get it fixed," Murtaugh said, adding the attorney general's office had received a barrage of calls from worried businesses.

"This could be seriously harmful," Peterson said. "We're looking forward and seeing the ramifications this could have on the Christmas season."

Attorney Gregory B. Robertson said he is advising his corporate clients to abide by the law unless there is any change. He said they should prepare to honor all written requests from employees who want off Sunday or Saturday as a rest day.

"I'd say, based on the way the statute is written, either the statute is changed or the exemptions are reinstated - or it seems that employers will be in a fairly significant dilemma," said Robertson, who heads the labor and employment section of Richmond law firm Hunton & Williams.

In a recent report, Robertson and another attorney said an increasing number of employees will probably take advantage of the law once the legislature's error becomes widely known.