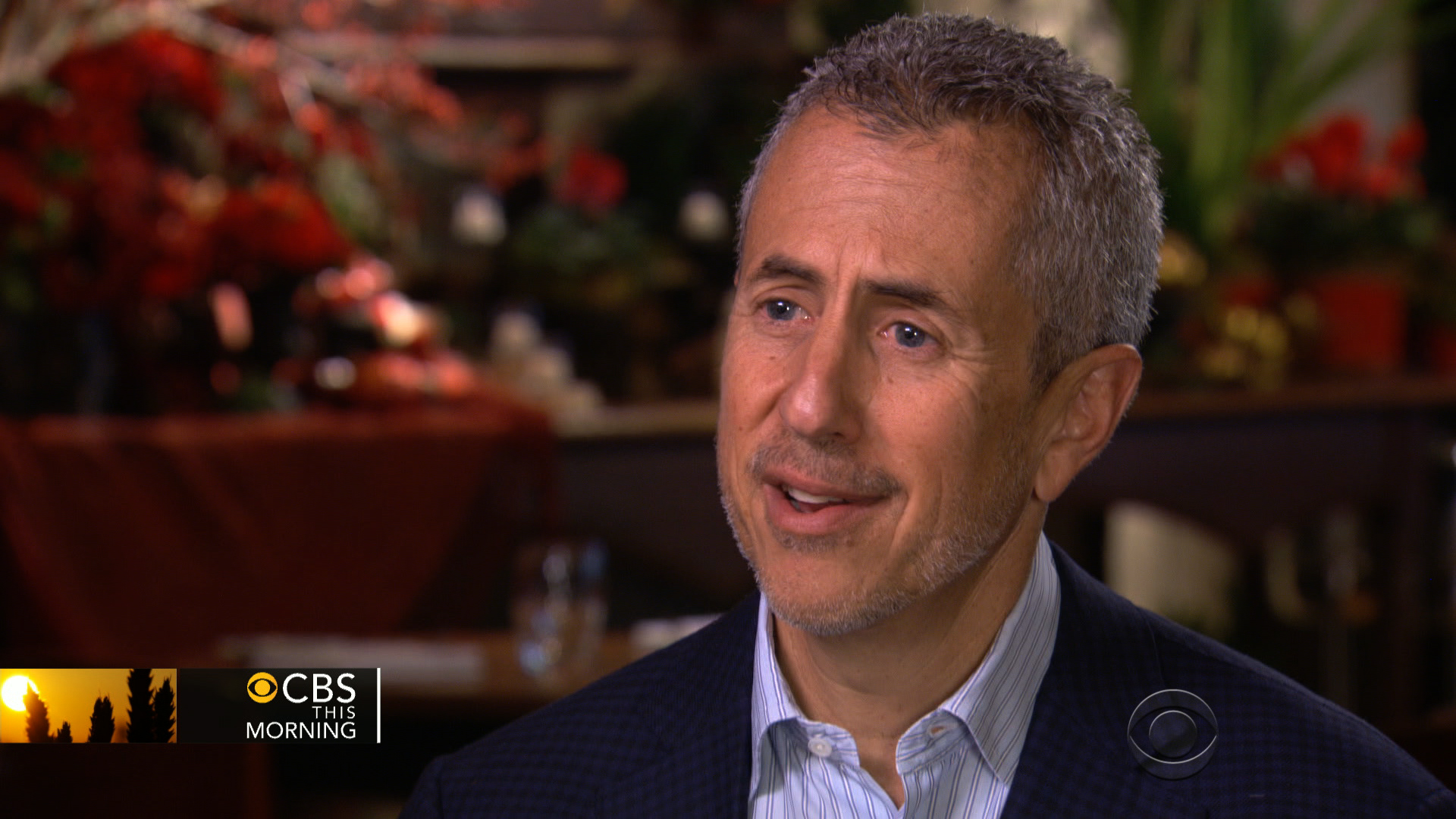 Danny Meyer is one of the biggest names in the food business and his restaurants and chefs have won a collective 25 James Beard Awards. However, when “CBS This Morning” co-host Norah O’Donnell sat down to talk about his global success, Meyer rarely mentioned food.

Every year after Thanksgiving, an overnight team at Meyer's Gramercy Tavern transforms the restaurant for the holidays, just like millions of people do in their own homes. It's a small part of Meyer’s bigger plan - to make going out a little like staying in.

“A great restaurant is one that just makes you feel like you're not sure whether you went out or you came home and confuses you,” said Meyer. “If it can do both of those things at the same time, you're hooked.”

That's why Meyer believes hospitality is important and so far, that philosophy has worked out pretty well for him.

Beginning in 1985 with the famous Union Square Cafe, the 55-year-old restaurateur has built an empire of nearly 50 properties. His Shake Shack chain has dozens of outposts, from New York to Dubai. The New York Times Magazine calls him “the greatest restaurateur Manhattan has ever seen.”

O’Donnell met Meyer at Gramercy Tavern, the second place he ever opened and the place he once swore he never would.

“I had watched my own father twice go bankrupt, by the time I was 21 years old and I'll never forget - that just made such a lasting impact and I think incorrectly, in retrospect, I associated his bankruptcies with expansion,” said Meyer. “It took me a lot of years and self discovery to realize, number one - I'm not my dad, but number two - it wasn't expansion that made him go bankrupt, it was the absence of surrounding himself with people who could do things even better than he could do them.”

Meyer told O’Donnell that he made that discovery after opening Gramercy Tavern.

“It took a couple of years and it took some really good, hard work internally,” he said. “It was those days where we really learned the power of hospitality.”

Eventually, they mastered and then, they monetized it. From juice bars to airport food, he can turn just about anything to gold and companies around the world clamor for his business advice.

“Whoever you are, whatever business you're running - we've all been commoditized,” he said. “The Internet has made it so that what we do really, really well - as soon as the word gets out, someone's gonna copy how we do it, but the one thing that cannot be copied is how we make people feel.”

He said that the key to great hospitality is hiring people “for whom making people feel good is as or more important than how good they are at what they do.”

Gramercy Tavern will turn 20 years old next year and to celebrate, they've released their first-ever cookbook. Two decades in the making and Meyer says it was finally the right time.

“I think like any other business, it's take the long view and realize that if you're hot today - no matter what your business - you're gonna be cold tomorrow. Gramercy Tavern appeared on the cover of New York Magazine the day we opened and it was five deep at the bar with people who were not necessarily here to dine. They just wanted to kinda sniff out the hot, new restaurant,” said Meyer. “And we had to take steps actually, to cool things down, ‘cause that's not what we ever wanted to be, but in the long run it's about having relationships with people. It's about having regulars. It's about - basically restaurants are a bigger version of being Norm on 'Cheers.'  You just want to be at a place where everybody knows your name.”