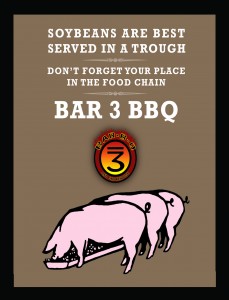 (CBS/AP) HELENA, Mont. - The owner of a Montana barbecue restaurant is suing the phone book publisher that listed his eatery under the heading "Animal Carcass Removal."

The listing even turned the Bar 3 Bar-B-Q in Bozeman and Belgrade into the butt of a joke by Jay Leno on the Tonight Show.

Hunter Lacey is suing Dex Media Inc., saying business has dropped off and his restaurant's reputation has suffered. The listing first appeared in Dex's 2009 telephone book. It has been reprinted in several other directories, and Leno joked about the listing on the "Headlines" segment of the Tonight Show in January.

Lacey's lawsuit says a Dex employee deliberately listed the restaurant under "Animal Carcass Removal" after Lacey declined to buy an ad in the phone book.

Dex simply says the restaurant assumed the risk of errors in the directory listing when it bought local telephone service.