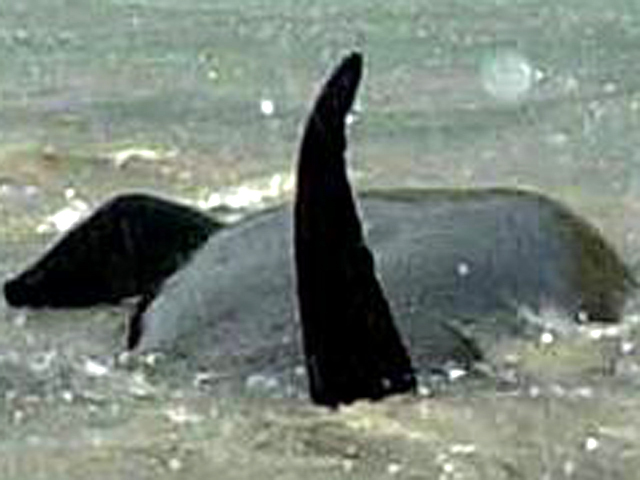 EDINBURGH, Scotland - Rescue workers and fishermen struggled Friday to prevent a pod of up to 100 pilot whales from beaching and dying on the rocky shores of Loch Carnan in Scotland's Western Isles.

Several animals already had severe head injuries, according to experts from the British Divers Marine Life Rescue who were at the loch.

The loch, an inlet on the island of South Uist, lies southwest of the Scottish city of Inverness.

"We have a vet with the team who will be trying to assess the extent of injuries and what may have caused them," said Dave Jarvis, a director of the rescue group. "Some are bloody red and some are white, so we're not sure what's caused this.

He said barnacles on the bottom of ships could "take the skin off like this."

The pod arrived at the loch Thursday afternoon and came close to beaching Friday morning, but were driven back into deeper water by local fishermen.

"Now we're looking at ways to get them back to open water where they belong," Jarvis said. "The problem is they are very sociable and altruistic, so if one is injured or dying the rest will follow it inshore."

Jarvis said workers rescued another pod in the same loch last October, but two days later the whales were found stranded in County Donegal in Ireland.