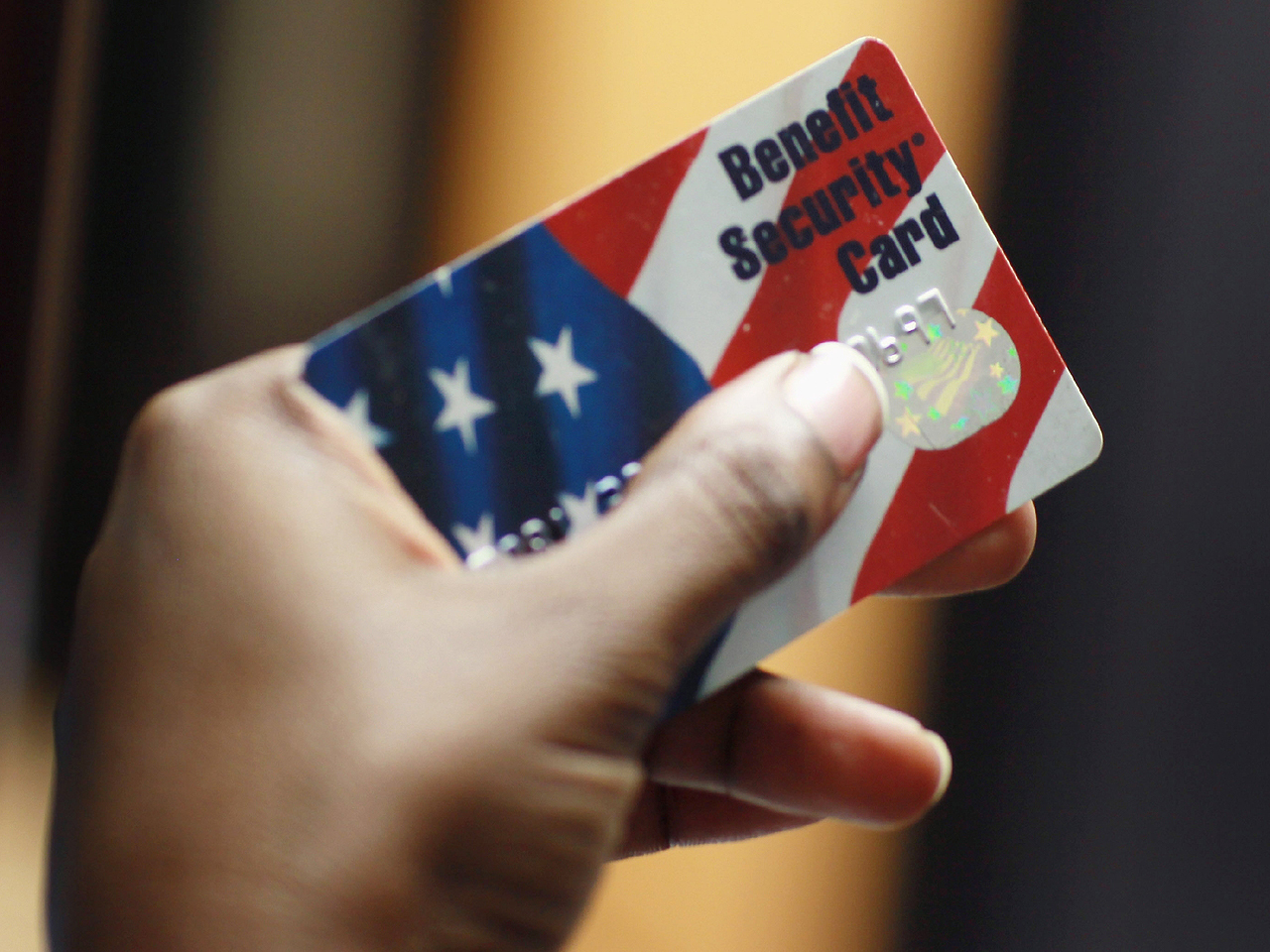 (AP) WASHINGTON - The 1,000-page "farm bill" being debated in the Senate is somewhat of a misnomer. Four of every five dollars in it — roughly $80 billion a year — goes for grocery bills for one of every seven Americans through food stamps.

Republicans say Congress could cut the cost $2 billion a year by just closing a pair of loopholes that some states use to award benefits to people who otherwise might not qualify.

"This is more than just a financial issue. It is a moral issue," says Sen. Jeff Sessions, R-Ala., one of several Republicans pushing for cuts in spending for the Supplemental Nutrition Assistance Program, commonly known as SNAP.

The program has swelled from 28 million to 46 million participants and its costs have doubled in the past four years. The recession and slow recovery have increased the number of people unemployed over the same period from 8 million to 12 million.

The Agriculture Department credits the program with keeping about 5 million Americans out of poverty every year. Before 2004, people received paper stamps or coupons worth $1, $5 or $10. Since then, all 50 states, the District of Columbia, Puerto Rico, the Virgin Island and Guam have moved to debit-type cards that allow recipients to authorize transferring their benefits from a federal account to retailer accounts.

Democrats led by Sen. Kirsten Gillibrand of New York are resisting a proposal by Agriculture Committee leaders in both parties to trim a modest $250 million from the program each year by cracking down on abuses.

They say that would deprive about half a million households losing an average $90 a month in food aid.

The Republican-controlled House, which has yet to write its own farm bill, is certain to demand greater food stamp cuts, too. Finding common ground with the Democratic-led Senate could be key to whether Congress can pass a 1,000-page bill that also makes fundamental changes in farm subsidies before the current legislation bill expires at the end of September.

Sessions points out that the federal government now spends twice as much on food stamps as it does on fixing the nation's roads and bridges, and that SNAP is now the government's second-largest federal welfare program, following Medicaid.

To qualify, households, except those with elderly or disabled members, must have gross incomes below 130 percent of the poverty line. The Agriculture Department, which runs the program, says the average monthly benefit per person as of last November was $134.15. As for helping the economy, it calculates that each dollar in benefits generates $1.72 in economic activity, including 16 cents for farmers who grow the food.

While critics such as Sessions say the program is ripe for savings, the department says SNAP is doing a good job of eradicating fraud and error, with only 3 percent of payments in 2010 being excessive or going to ineligible households.

The Senate last week rejected an amendment by Rand Paul, R-Ky., that would have saved $322 billion over 10 years by cutting it $45 billion a year and turning spending decisions over to the states. The vote was 65-32 against, with 13 Republicans joining every Democrat in opposing it.

"I think Americans would be flabbergasted at the amount of money" spent on food stamps, Paul said.

Sen. Debbie Stabenow, D-Mich., who chairs the Agriculture Committee, said the Paul amendment was "outrageous and would go completely against the commitment we as a country have made to help those who truly need it."

She said the bill already takes steps to eliminate abuses in the system, such as barring lottery winners from receiving benefits, ending misuse by college students, cracking down on benefit trafficking and preventing liquor and tobacco stores from accepting food assistance benefits. It also targets a practice of some 16 states of giving as little as $1 to individuals in home heating assistance so that they can qualify for additional food stamp benefits.

In an agreement reached by the two parties late Monday on what amendments to the farm bill will be allowed, Sessions will get a vote on amendments that target efforts by states to get as large a share of federal food stamp aid as possible. None of the changes, he said, would result in people going hungry.

One was similar to an amendment Sessions proposed that would save nearly $1 billion a year by stopping the practice of 14 states and the District of Columbia providing people with as little as $1 a year in home heating assistance — even if they don't have a heating bill — so they can automatically qualify them for greater food stamp benefits of up to $100 a month.

Another $1.1 billion a year, he says, could be saved by assuring that recipients don't have assets exceeding federal eligibility limits.

The Congressional Research Service says 40 states plus Guam and the Virgin Islands use what is called "broad-based categorical eligibility" to let people who exceed federal asset limits on eligibility collect food stamps if they're getting some other federal benefit, such as Temporary Assistance for Needy Families.

This year, for example, households with liquid assets above $2,000 could not qualify for food stamps. The limit is $3,250 if the household includes an elderly or disabled person. The value of a home, retirement and education savings and up to $4,650 of the fair market value of a household's motor vehicles are excluded from the assets test.

Sessions also would end a program of bonus payments for states that increase registration for food stamp benefits and require the government to verify that recipients are in the country legally.

The House is waiting to see what the Senate will do on the farm bill before acting, but Republicans there already have made it clear that food stamps are fair game as lawmakers look for ways to cut government deficits.

The House Republican budget introduced earlier this year would reduce food stamp spending by an average $13.3 billion a year over the coming decade and turn the program into block grants for the states. And in May, the House Agriculture Committee approved an average $3.3 billion annual cut in food stamp benefits as part of a GOP proposal to avert automatic cuts in defense spending to go into effect next year. Both those proposals are going nowhere in the Senate.