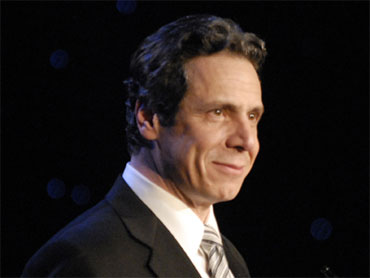 Republicans captured Democratic governorships in at least 11 states on Tuesday, including some prime presidential battlegrounds, and hoped for even more statehouse gains.

The same tide sweeping Republicans into office in Congress was leaving its mark on governors' mansions as well, especially in the U.S. industrial heartland.

In Ohio, a state viewed by both parties as crucial to the 2012 presidential election, former Rep. John Kasich defeated Gov. Ted Strickland. Republican Susana Martinez won the New Mexico governorship - she is the first Hispanic woman to become chief executive of a state - and will succeed Democratic Gov. Bill Richardson.

Republicans will keep the governorship in Florida, where Democrat Alex Sink conceded to Republican Rick Scott on Wednesday.

But there were a few bright spots for Democrats. In California, Democrat Jerry Brown coasted past former eBay CEO Meg Whitman to reclaim the post he held three decades ago. He will replace moderate Republican Gov. Arnold Schwarzenegger. Democrats also picked up Republican-held governorships in Vermont and Hawaii.

Further turnovers seemed likely. In four states - Democratic-held governorships in Illinois and Oregon and Republican-held ones in Connecticut and Minnesota - the tally early Wednesday was still too close to call.

Brady told reporters Wednesday in Bloomington that he believes he will win. He says he's going to wait for the official results after all the absentee ballots are counted.

Quinn has predicted victory in a year that saw many other Democratic governors tossed out of office. Quinn took over as the state's executive in January 2009 when lawmakers impeached and ousted Rod Blagojevich after his arrest on federal corruption charges.

Brady is trailing Quinn by the thinnest of margins. With 99 percent of precincts reporting, Quinn's lead was just more than 8,300 vote of the 3.6 million cast. Quinn has nearly 47 percent of the vote compared to 46 percent for Brady.

Meanwhile, the governor's race in Connecticut appears headed for a recount, with a little more than 1,000 votes separating Republican Tom Foley and Democrat Dan Malloy.

Under state law, an automatic recount is required if the race is within 20 votes or one-half of 1 percent of the total votes cast.

Foley says he expects a recount. Malloy says his numbers show him with at least a 1 percent margin of victory.

Votes remaining to be counted were in several precincts in New Haven and Bridgeport, which tend to lean Democratic.

The gubernatorial races were especially important this year. There are a record number of them on the ballot - more than two-thirds of the states. Governors will play important roles in 2012 presidential politics, especially in swing states, and governors next year will participate in redistricting of congressional and legislative seats to reflect the 2010 census.

Republicans also seized control of about a dozen state legislative chambers, scoring decisive wins in Ohio, Indiana and Pennsylvania. In those three states, they knocked Democrats from the majority in the state House chambers, putting the split legislative bodies under full Republican control.

Republicans were expected to gain control of even more state legislative chambers as votes continue to be tallied. That would give Republicans a freer hand to draw up House district boundaries, making it harder for Democrats to regain control of the House in 2012.

Among the bright spots for Democrats was New York where Andrew Cuomo surged past ultraconservative tea party Republican Carl Paladino to win the governor's seat, the same post his father, Mario, had held two decades ago. "The people have spoken tonight, and they have been loud and clear," Cuomo said standing alongside his father and mother. "They are angry."

In a high-profile race into which both parties spent millions, Texas Republican Gov. Rick Perry, who has already served 10 years, defeated Democrat Bill White, a former mayor of Houston.

Some 37 governorships were on the line - a combination of the usual rotation plus races to fill unexpired terms and some states changing their election cycles.

There are currently 26 Democratic governors and 24 Republicans.