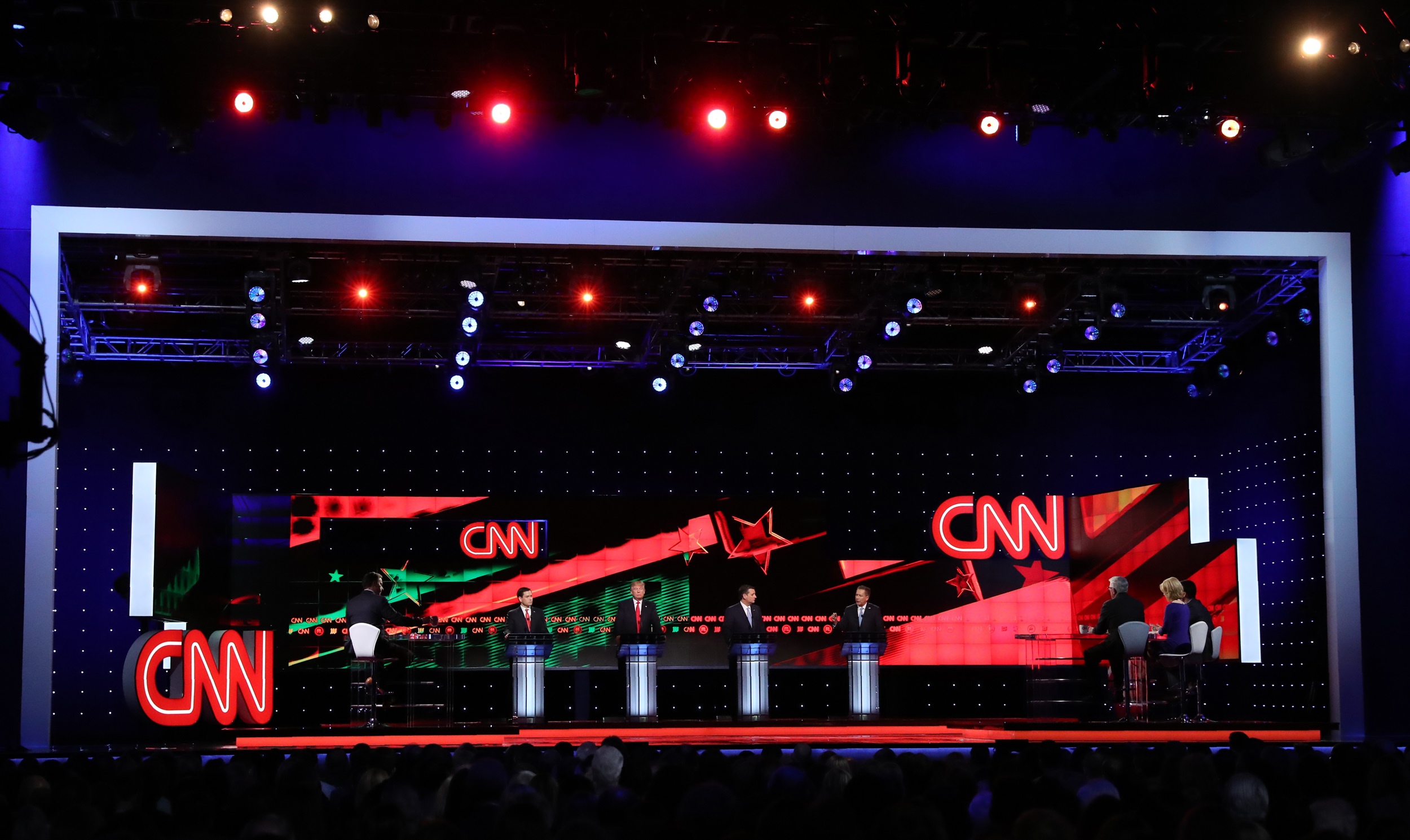 With the way the Republican primaries have gone so far, there's a great deal of talk about a contested convention in Cleveland this July--and during Thursday night's debate, each candidate shed some light on what they think about their own strategies and chances for the nomination.

Here's what each candidate on stage had to say about his path forward and how he can get there:

Donald Trump: The question for the GOP front-runner was whether another candidate can and should emerge at the convention if he has the most delegates How does a contested convention work?to secure the nomination.

"First of all, I think I'm going to have the delegates. OK? I think. Let's see what happens," he said. "But if somebody doesn't have the delegates, and I guess there's two of us up here that can and there are two of us that cannot at this moment. But ... I think whoever gets to the top position as opposed to solving that artificial number that was by somebody, which is a very random number, I think that whoever gets the most delegates should win."

Ted Cruz: Cruz, too, said he and Trump are the only candidates on stage who would theoretically be able to secure the necessary delegates to win the nomination outright--and suggested a contested convention would be a "disaster."

"You know, there are some in Washington who are having fevered dreams of a brokered convention. They are unhappy with how the people are voting and they want to parachute in their favored Washington candidate to be the nominee. I think that would be an absolute disaster and we need to respect the will of the voters," he said. "...Donald is right, there are only two of us that have a path to winning the nomination, Donald and myself. At this point, I have roughly 360 delegates. He has about 100 more than I have. We have at this point beaten Donald in eight separate states all over the country geographically, from Maine to Alaska, from Kansas to Texas, all over this country we have beaten him."

Marco Rubio: The Florida senator, who's had a weak showing in the most recent voting states, said he isn't focused on delegates at all.

"I get all the delegate math and all that debate. Let me tell you what's about for me. On Tuesday night, I didn't do as well, obviously, as I wanted to. And I was a little bit disappointed when I got home," he said. "And my wife told me a story that night, which is the reason why I can get up the next day and keep fighting. There's a gentleman here in South Florida who just got out of surgery. And his doctors told him he needs to be home resting. But every afternoon, he takes his little aluminum chair and he sits outside of an early polling center and holds a sign that says 'Marco Rubio.'"

John Kasich: The Ohio governor, asked about the math showing his only path to the nomination is through a contested convention, said it's still too early to say that.

"Look, you have to earn the delegates in order to be picked. But let's not get ahead of ourselves," he said. "We don't know what's going to happen because we still have about half the delegates to be selected. And that's what's going to be a very interesting thing to see how it all turns out as we move forward over the next couple of weeks."