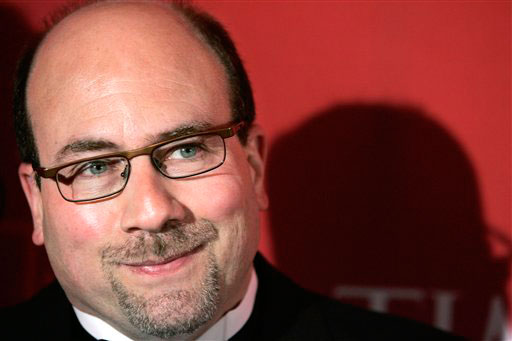 Craig Newmark, the mild-mannered founder of Craigslist, doesn't have the same outgoing reputation as fellow tech mogul Steve Ballmer. Then again, Newmark he's hardly a novice. Over the years, Newmark has been coached by his PR handlers to the point where he's capable of doing interviews and making public presentations as a panel participants without embarrassing himself.

Time for a refresher course?

Newmark was Newmark was stunned into silence during an ambush interview by a CNN reporter who pressed him about Craigslist's failure to eliminate ads for sex trafficking.

Some have estimated that sex ads make up roughly one-third of the site's revenue. So when the reporter, Amber Lyon, first approached him with a question about screening out ads for sex with minors, Newmark told her that the company had explained all that on its corporate blog. He added that Craigslist has done a "pretty good" job" for a community of 50 million people. After a cutaway with a Washington detective, Lyon returned to the attack.

"What are you guys doing to protect these girls?" she asked.

Newmark just looked at her for several seconds in silence and then Lyon pulled out copies of sex ads downloaded from Craigslist, reading from the copy.

"Have you reported this to us?" he asked.

"Why do I have the responsibility to report this to you when it's your website?" she said. "You're the one posting this online."

That didn't go down well. He walked away for a moment and then decided to return. Then Lyon used a line from an earlier interview suggesting that Craigslist was at risk of turning into the "Walmart of sex trafficking."

That did it. Newmark had had enough. He turned, walked a few feet away in silence and stood there for a few moments. A woman who may have been a company PR representative is then seen whispering something into his ear. At that point, Newmark walked away for good.

"Thank you for your time, Craig," Lyon said as he strolled away for good.

In an e-mailed statement to CBSNews.com, a spokeswoman wrote that the reporter "approached Craig under false pretenses for this "ambush" interview. It was a direct violation of the Society of Professional Journalists code of ethics which states that a journalist should "Avoid undercover or other surreptitious methods of gathering information except when traditional open methods will not yield information vital to the public."