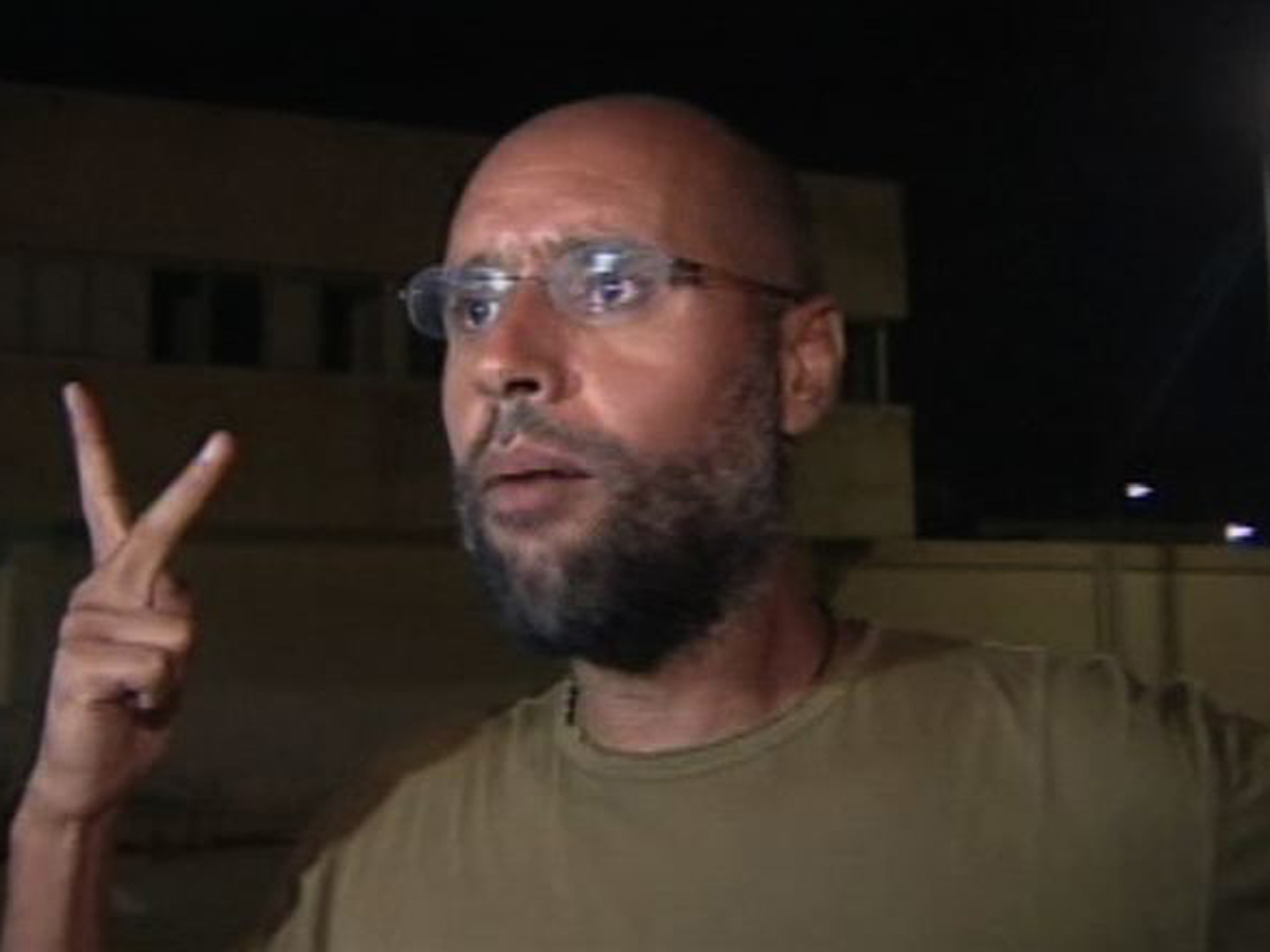 The fog of war has fully settled over the Libyan capital of Tripoli on Monday, as Saif al-Islam Qaddafi apparently made an appearance in his armored convoy at a hotel full of journalists less than 24 hours after rebels and the International Criminal Court said he had been captured and detained, CNN reports.

Saif appeared at the Rixos hotel in a part of the capital controlled by Qaddafi loyalists, and rolled down a window in his car to show his face. The Associated Press reports Saif then took a few journalists on a ride in his convoy to visit Tripoli "hot spots," as he described them.

Below is video reporting to show Saif rallying supporters in Tripoli after rebels had claimed he was captured.

Saif reportedly told CNN's Matthew Chance that his father also remained free and in Tripoli, along with the rest of his family, although it wasn't clear whether he was talking about his two brothers who had also been reported arrested.

"You have seen how the Libyan people rose up together, men and women, to break the spine of the rebels, rats and gangs yesterday and today," Saif reportedly said. "Now we will have a tour in the hotspots of the city of Tripoli so you can see that the situation is good and everything is well. We want to reassure the world that the situation in Libya is excellent, thank God. We will go now for a tour in Tripoli in the areas where they claim there is fighting and battles."

When asked about the arrest warrant for him from the ICC, Saif said: "Screw the criminal court."

Saif told CNN's Chance that it was a trick, luring the rebels into Tripoli, and that Qaddafi's forces now had the upperhand.

Saddam Hussein's sons were famous for using body doubles (there is currently a movie in theaters about that very topic,) so there is always a chance that Saif and Qaddafi loyalists could be doing the same now. It is worth noting, however, that reports of the Qaddafis using body doubles are scarce.

At the very least, Saif's public appearance amd statements raises major doubts about coordination and messaging among the rebels. In addition to saying they had captured Saif, they also claim to be in control of most of Tripoli.

No matter what, it's now hard to know who to believe in Libya until the dictator himself reappears either in rebel hands or on state TV, triumphant and rambling.