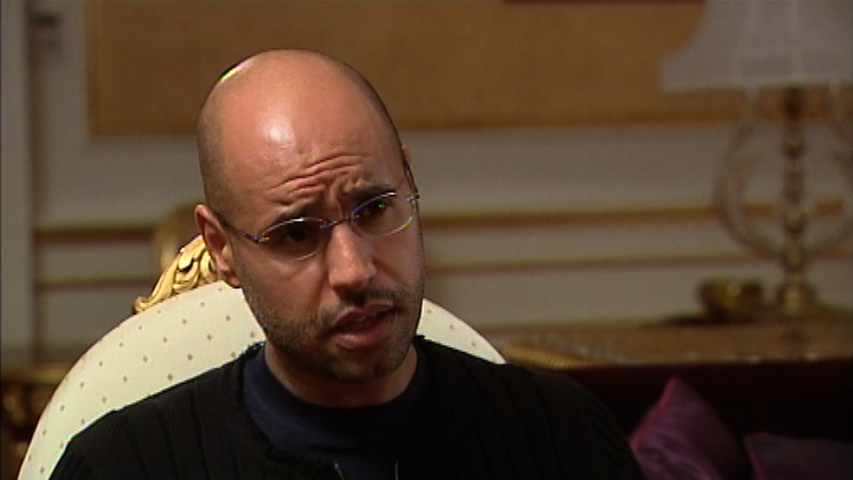 Muammar Qaddafi had ruled Libya with absolute control for 42 years, but even a dictator needs a little help.

When the International Criminal Court began preparing additional arrest warrants for Libya's other leaders after the start of the uprising there several months ago, it was Qaddafi's closest family members they targeted. They said in a statement that "the evidence shows that Qaddafi relies on his inner circle to implement a systematic policy of suppressing any challenge to his authority."

The ICC has issued a total of four arrest warrants involving Libya. In addition to a warrant for the Libyan leader himself, the ICC also has warrants for his second-eldest son, Saif al-Islam, whom they described as the "de facto prime minister"; Mohammed Qaddafi, the eldest son, who has held several senior government positions; and Abdullah Al-Sanousi, Qaddafi's brother-in-law, whom the ICC describes as "his right-hand man and the Head of the Military Intelligence."

Saif was reported captured by Libya's rebels shortly after they stormed into Tripoli on Sunday. Mohammed was reportedly placed under house arrest by rebel troops, according to a phone conversation he was having with Al Jazeera when they surrounded his house in Tripoli. Al-Sanousi and the ultimate leader himself were the only ones that remained at large as of the writing of this report.

If and when all four are captured, there is still a major question as to what exactly will happen to them. While most of the world recognizes the ICC, Libya is among the many countries that don't (like China and the United States,) and Al Jazeera was reporting a growing sentiment among the Sunday night revelers in Tripoli that turning any of them over to the international court would betray their revolution.

It seems that many Libyans will want to do what Egypt has done with its recently-deposed dictatorial regime: Put them in cages and on trial.

Still, the ICC is not giving up on trying to assert its jurisdiction. It was in fact International Criminal Court Prosecutor Luis Moreno-Ocampo who made the announcement of Saif's capture. Moreno-Ocampo has already been pressing for rebels to turn Saif over, saying "It is time for justice, not revenge."

The bespectacled and English-speaking Saif has made several media appearances since the start of the uprising, and has been very vocal about his family's insistence on staying in power in Libya until the "last bullet." He had, until Sunday, been seen as the likely next leader of Libya, and his arrest warrant reflects the fact that he was among the most likely to carry out and issue orders that led to human rights abuses against rebel forces.

Muammar Qaddafi's eldest son and brother-in-law, though largely out of the international spotlight, were also indicted by the ICC for their close proximity to the dictator, which left them in the best position of anyone to implement his human rights-violating orders.

There are surely many guilty parties in the Qaddafi regime's decades-long abuse of human rights, but there are only four which have gained the direct ire of the international community. The only question now is whether Libyans are willing to give the four up to international justice, or would rather keep the issuance of any justice to themselves.