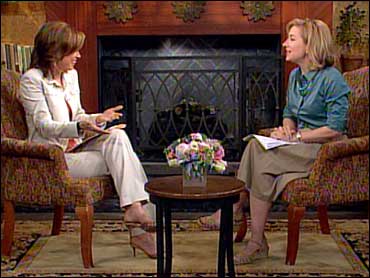 Does vitamin C really help keep the common cold away? Lots of people think so.

But the latest research suggests it doesn't do the job for most of us, reported The Early Show medical correspondent Dr. Emily Senay Wednesday.

She explained that a review of numerous studies concluded that vitamin C isn't what it's cracked up to be, failing to help prevent the common cold in any meaningful way, except in some people exposed to extremely high stress.

For the rest of us, the chances of vitamin C warding off colds is so slight, the lead researcher concludes it "doesn't make sense to take vitamin C 365 days a year to lessen the chance of catching a cold."

Senay explained that a research team examined 30 studies conducted over several decades, involving more than 11,000 people. All compared people taking at least 200 milligrams of Vitamin C each day with people taking placebos. The researchers added up how often people in those studies got colds, and how long those colds tended to last. And the results, just published by The Cochrane Library, are likely to disappoint people who swear by vitamin C.

According to their analysis, daily vitamin C basically had no effect on the incidence of the common cold in the general population, except for very specific groups of people, all of them small groups. It did reduce the severity and duration of colds slightly, but the researchers say the difference was so slight it ended up being pretty meaningless, and not worth the effort or expense of taking all that vitamin C.

People apparently protected from colds by vitamin C, Senay said, are those who subject their immune systems to extraordinary amounts of physical stress, such as people who run marathons, or do serious trekking in the winter. The researchers found that these people were 50 percent less likely to catch cold if they took vitamin C daily. But they were the exceptions.

The message from the researchers, Senay observed, is that, if your activity profile doesn't match that of people like these, vitamin C won't keep colds away.

But, she emphasized, this doesn't mean vitamin C is useless, not by a long shot.

According to the National Institutes of Health, vitamin C has several important benefits. Preventing colds just isn't one of them. Vitamin C is an important building block for the growth and repair of tissues throughout your body, including skin, tendons, ligaments and blood vessels. If you suffer an injury, vitamin C is a vital part of the healing process. Vitamin C is also an antioxidant, which means it's believed to help prevent or minimize conditions that include cancer, heart disease, and inflammatory conditions such as arthritis. So, even if it doesn't fight colds, you do need a certain amount of it daily for other aspects of your health.

For adult males, the recommended amount is 90 milligrams per day. For women, it's 75 milligrams. Citrus fruits and juices, strawberries and broccoli are among the many foods that are rich in vitamin C.

So, where does this research leave us in the fight against the common cold?

It makes us look toward other methods, aside from vitamin C, Senay concluded. The federal Centers for Disease Control and Prevention says the best bit of cold prevention involves not taking a pill, but doing simple, if boring, things such as washing your hands, thoroughly and often.

Until a magic pill is found, keeping your hands clean, and not sharing items such as drinking cups and utensils with someone who has a cold, are still considered the most practical ways to avoid getting sick.