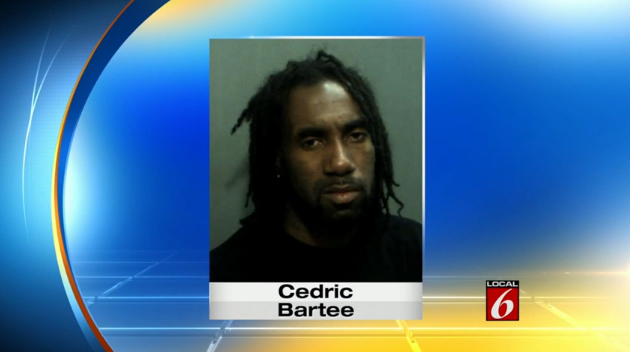 ORLANDO, Fla. - An unarmed black man in a stolen car was shot and critically wounded by a white Orange County, Fla. sheriff's deputy early Monday, according to CBS affiliate WKMG.

Officials said sheriff's Sgt. Robert McCarthy shot Cedric Bartee after deputies found the car that had been reported stolen and confronted two men inside, later identified as Bartee and Henry Lee Chaney, both 28, according to the station.

The announcement came at a time when the country is roiled by protests surrounding the killing of unarmed black men and youths by police. In recent weeks, grand juries failed to indict police officers in the shooting death of Michael Brown in Ferguson, Mo., and the chokehold death of Eric Garner in Staten Island, N.Y.

Holding a news conference on Monday, Sheriff Jerry Demings said that the Florida Department of Law Enforcement would be investigating the shooting of Bartee, in light of other police shootings that have happened recently, according to WKMG.

"I want to ensure that we have transparency as well as accountability for the actions of all of my staff that's involved," said Demings.

Law enforcement officials told reporters that Chaney had complied with the deputies' commands, but that Bartee had "extensive furtive movements," causing McCarthy to fear for his safety and open fire.

One witness questioned why shots had been fired, saying both of the alleged suspects had been complying with the commands.

"You could see right in the car. Both of them had their hands up and they still shot at the car," Ernest Miles Jr., told WKMG, adding that he had to take cover in his second-floor apartment.

Sheriff Demings told reporters that witness statements appear to conflict as to whether Bartee had his hands up.

After the shooting, Bartee was taken to a local hospital to undergo surgery. He was reportedly in stable, but critical, condition, officials said. Chaney was not hurt, and was not arrested, the Orlando Sentinel reported.

The newspaper also reported Bartee was behind the wheel when deputies say they blocked the stolen car, and that, according to police, Bartee kept moving his hands in and out of view.

The deputies involved in the shooting were not injured. McCarthy, who has been with the Orange County Sheriff's Office since May 2007, was placed on administrative duty -- standard procedure after shootings, WKMG reported.

The station also said that the lead investigator is former Sanford Police Chief Bill Lee, who was fired from that post after the investigation into Trayvon Martin's death. The Florida Department of Law Enforcement says it is a routine assignment in Lee's new role.