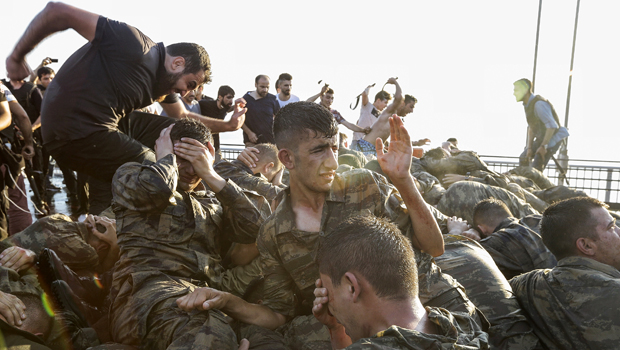 ANKARA -- Turkey's state-run news agency says authorities have issued warrants for the detention of 47 former executives or senior journalists of Zaman newspaper, allegedly associated with the U.S.-based Muslim cleric who the government says is behind Turkey's July 15 failed coup.

Anadolu Agency says at least one journalist, former Zaman columnist Sahin Alpay, was detained on Wednesday. Zaman, which was linked to Fethullah Gulen's religious movement, was raided by police and seized by the government in March.

Earlier this week, warrants were issued against 42 other journalists, of whom 16 of them have been detained for questioning.

Turkey has detained more than 13,000 people in the military, judiciary and other institutions in purges since the uprising. Tens of thousands of other state employees with suspected links to Gulen have been suspended from their jobs in sectors including education, health care, city government and even Turkish Airlines. Gulen, who lives in the United States and runs a global network of schools and foundations, has repeatedly denied any knowledge of the coup attempt.

The detention of journalists and wide-scale purges of officials have raised concerns about a possible witch hunt in the wake of the violent coup attempt that killed about 290 people.