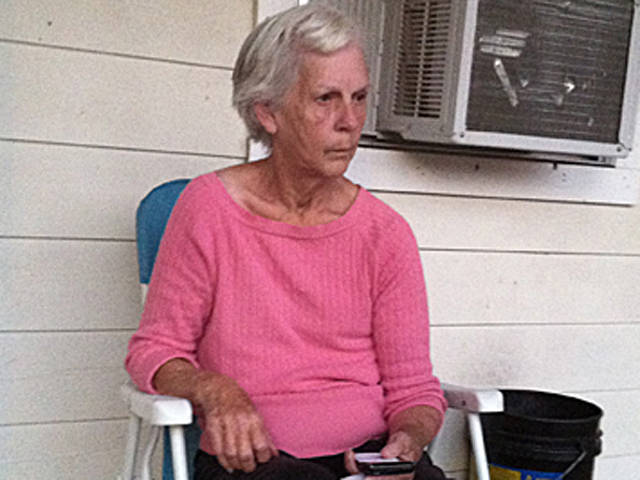 (CBS) PORTER, Texas - 19-year-old twins and a friend were arrested for allegedly forcing the twins' 75-year-old grandmother to panhandle for gas money at a Walmart, according to CBS affiliate KHOU. truncate

The station reports Joshua and James Cerda along with 18-year-old Ashley Ramey went out to get pizza with the boys' grandmother, Margaret Campbell, on Sunday. After finishing eating Campbell thought the group was headed back home, but instead they drove to a Walmart in Porter.

Campbell told the station her grandson Joshua said, "Granny, you've got to get us some money. I have no gas," then kicked her out of the vehicle at the Walmart parking lot.

The woman reportedly collected less than $10 before a deputy approached her. The woman told the officer she was upset about what was happening and the officer walked over to the teens, who were sitting inside the parked vehicle nearby, and arrested them on felony charges of exploitation of the elderly.

On Tuesday the teens were being held at the Montgomery County Jail on a $3,000 bond, according KHOU.

Campbell told the station she helped raise her grandsons since they were infants and that they lived together. She said the two are no longer welcome at home. She also said it wasn't the first time the twins bullied her into panhandling.