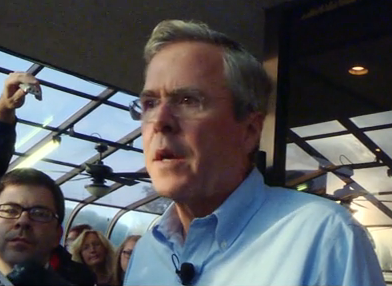 The super PAC supporting Jeb Bush for president has produced a 15-minute documentary about the candidate, his platform and his record as Florida governor, according to The New York Times.

Interviews with Bush and his wife Columba are featured in Right to Rise's documentary, according to the report, which will first be released Saturday online.

"This is another way for us to tell Jeb's story and provide more context and background about his positive vision for the country beyond what voters see in a 30-second TV spot," Paul Lindsay, a spokesman for Right to Rise, told the Times.

Mike Murphy, the executive director of Right to Rise, produced a similar 30-minute video for Meg Whitman during his unsuccessful gubernatorial bid in California in 2010, the report noted.

After it's released online, the super PAC plans to air the video in 30-minute blocks on the New England Sports Network in an effort to target voters in New Hampshire where Bush has been trailing in polls.

The super PAC, the report said, did not reveal how much it cost to produce the documentary.