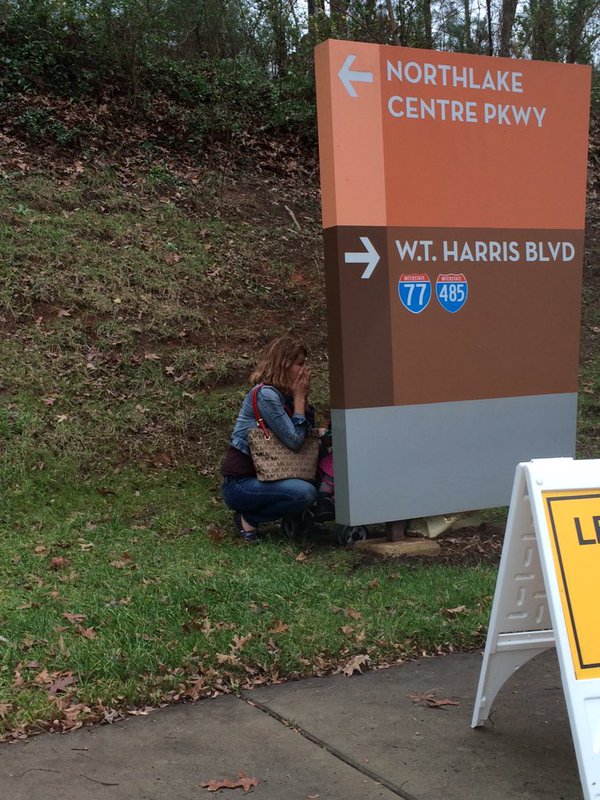 CHARLOTTE, N.C. -- Gunfire erupted Thursday afternoon at the Northlake Mall in Charlotte, North Carolina, and a source told CBS affiliate WBTV that a gunman was shot and killed by an officer.

In a news release, Charlotte-Mecklenburg police confirmed an officer-involved shooting and said there was one "armed subject" who was shot and that he was pronounced deceased on scene by Medic, an area EMS service. Police said no officers were injured.

Police said off-duty officers working at the mall arrived on scene in response to an argument between two groups of people.

Police said no one else was shot. The shooting was not a random act but rather the result of a feud among people who knew each other -- though there was no indication it was gang-related, Chief Kerr Putney of the Charlotte-Mecklenburg Police Department said.

According to WBTV, witnesses say they heard about seven shots fired around 2:10 p.m.

Medic said one person was pronounced dead when paramedics arrived, another person was shot in the leg and taken to Novant Health Huntersville, and two people were taken to Carolinas Medical Center with minor injuries, the station reported.

Jeff Keith, deputy director with Mecklenburg EMS, said the mall was closed but people were still hiding in stores and were trying to get out. Police said that family members should go to the AMC parking lot to look for relatives.

John Dawson, a salesman who lives in Charlotte, said he was at the mall buying a gift for his date when the shooting erupted. He said it began with an argument inside a store, which he said was packed with customers.

"There was a dude fighting with one or two dudes, and I kind of stopped and looked over there," Dawson said. One person pulled out a gun and started "shooting everywhere." He said other shoppers began running when the shots were fired. He said a police officer was nearby and returned the fire.

Dawson said the suspect appeared to have been hit twice by the police officer. He said he backed up against a wall and watched as people fled the scene.

Don Willis, who works as a valet at the mall, said he heard gunshots, then saw a wave of people exiting the mall. "It was wild. I heard the first shot and I thought, 'Wait. What was that?' And kind of like started turning around and walking and saw this huge line of people - wave of people coming - and I thought a bomb was about to go off, and I just took off," he said.

Shoppers who were crowding the mall for last-minute gifts hid in stores and locked themselves inside, officials said. Police could be seen blocking all mall entrances.

Jake Wallace, 24, of Boone, North Carolina, was in Dick's Sporting Goods when shots rang out nearby - about 30 feet outside the store, near Journey's shoe store on the lower level, according to police.

"I thought someone dropped something. It was extremely loud. Didn't think anything of it," Wallace said. "You don't think gunshots. But then I heard a rapid fire. Once hearing that, there was no mistaking it. It sounded like someone was unloading a clip."

Chaos erupted as shoppers dove for cover or tried to get out the door, Wallace said.

Putney said Officer Thomas Ferguson was working off-duty at the mall when he heard the shots and confronted the man who pointed a gun in his direction.

The officer then "fired his service weapon," Putney said. The suspect was given emergency aid, but medics pronounced him dead shortly afterward, officials said.