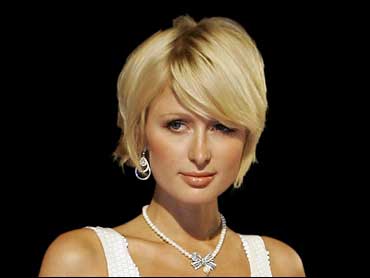 Paris Hilton is planning a very special trip -- not to Vegas or the south of France, but to one of the poorest places on the planet: Rwanda, where just over a decade ago, the Hutu-led military killed 800,000 Tutsis.

Paris Hilton plans to visit Rwanda this November to raise awareness about child poverty. The service trip comes as part of Paris' image makeover following her brief stint in jail.

"The Simple Life" star told E! Online: "I'll be going in November, after I get back from filming my movie. There's so much need in that area, and I feel like if I go, it will bring more attention to what people can do to help."

Paris' Rwanda trip will be one of many service trips around the world. "I want to visit more countries where poverty and children's issues are a big concern," Hilton said. "I know there's a lot of good I can do just by getting involved and bringing attention to these issues."

And that is not all from the new altruistic Paris. The socialite said she plans to make her brand new Beverly Hills home more "green friendly." "I just bought the house and haven't been able to work on it yet," Paris Hilton, 26, informed E! Online. "But I intend to."

The socialite is currently in Toronto filming the horror flick "Repo! The Genetic Opera" from the director of the "Saw" films. "Repo!" takes place in the not-too-distant future, where an organ failure epidemic forces mankind to purchase internal parts through credit. Failure to pay for the expensive parts brings a visit from the wicked repo men.