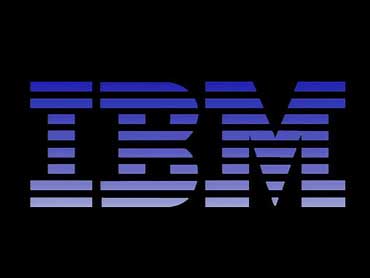 International Business Machines Corp. has reportedly put its personal computer business up for sale in a deal that could fetch as much as $2 billion and close an era for an industry pioneer that long ago shifted its focus to more lucrative segments of the computer business. Its stock rose 1.6 percent in early trading in the wake of the report.

The New York Times said in its Friday editions that IBM is in serious discussions with the Lenovo Group, China's biggest maker of personal computers, and at least one other unidentified buyer for the unit.

The newspaper cited people close to the negotiations that it did not further identify for the report.

Analysts have said a sale of the PC business would make sense for IBM.

Ben Reitzes, an analyst at UBS Investment Research, said in a July research note that the business would be sold. He noted the PC business, which accounts for about 10 percent of IBM's total sales, loses money.

For Asian computer makers, new competition from Dell Inc. is a big threat. "By linking up with a heavyweight like IBM, vendors would logically think they could fend off any threat better," Reitzes said.

IBM is increasing its focus on consulting services, analysts said.

"They've been very clear that they intend to streamline and prioritize around new growth opportunities," said Mark Stahlman, technology strategist at research firm Caris & Co. "PCs are not one of them."

Armonk, N.Y.-based IBM has refocused on the corporate server and computer services businesses, but was a major force in driving personal computing into the mainstream with its introduction of the IBM PC in 1981.

IBM now ranks third behind Dell of Round Rock, Texas, and Hewlett Packard Co. of Palo Alto, Calif., in the personal computer business, according to Gartner Inc., a Stamford-based provider of research and analysis on the information technology industry.

The Times said the business up for sale would include the entire range of desktop, laptop and notebook computers made by IBM. The sale would likely be in a range of $1 billion to $2 billion, the report said.

Other possible buyers could include Japan's Toshiba Corp., analysts said.

Guo Tongyan, a Lenovo marketing manager in Beijing, said he had not heard of any discussions, but noted Lenovo was building up its personal computer business.

Asked about The Times report, Guo replied: "If Lenovo wanted to further expand its PC capacity, I wouldn't be very surprised."

"We decided on a strategy of 'reinforcing the PC business, focusing on the PC business' in a strategic meeting early this year," said Guo, who heads Lenovo's northern China marketing department.

But after reporting worse-than-expected results last year, Lenovo said it would return its focus to its core computer business.

Lenovo is the world's ninth-biggest computer maker by size of shipments.