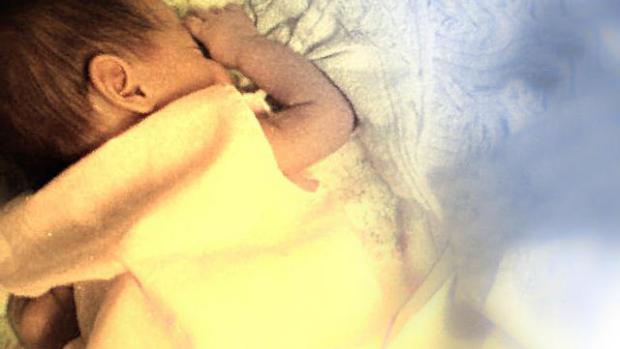 ATLANTA - Parents of a 19-month-old boy said their child has a 50 percent chance of surviving after he was critically injured when a police "flash bang" device was tossed into his bed during a raid, reports the Atlanta Journal-Constitution. A northeast Georgia sheriff called the incident a tragic accident.

Early Wednesday morning, officers arrived at a Habersham County, Ga., home to arrest 30-year-old Wanis Thometheva after receiving a tip from a confidential informant that he had bought methamphetamine from the suspect, according to the paper.

Habersham County Sheriff Joey Terrell told the Journal-Constitution that Thometheva had previously been taken into custody on drug charges, and investigators found weapons - including an AK-47 - during the arrest.

Terrell said officers had no indication that any children were inside the home as they approached the same door where the drugs had allegedly been purchased. Police reportedly opened the door and threw a distraction device, often referred to as a flash bang, inside. "It distracts [the suspects] so you can make an entrance," Terrell told the paper.

However, the Journal-Constitution reports the device landed in the playpen where a toddler, Bounkham "Bou Bou" Phonesavanhs, was sleeping. The 19-month-old and his family, three older sisters and his parents, were all asleep in the same room. Only the toddler was injured.

"[The device] blew open his face and his chest," the boy's mother, Alecia Phonesavanh, told the paper outside Grady Memorial Hospital, where the child is now in a medically induced coma. "Everybody was asleep. It's not like anyone was trying to fight." The family said they were visiting Georgia after a fire burned down their Wisconsin home. It is unclear who they were staying with.

"The last thing you want is law enforcement to injure someone innocent," Terrell said. "There was no malicious act performed. It was a terrible accident that was never supposed to happen."

The paper reports Thometheva was not at the home at the time of the raid but was later arrested at another house on a felony drug charge of distribution of meth.

Terrell said he contacted the Georgia Bureau of Investigation about the incident and was told no further investigation was needed. "Our hearts are broken with [the family]," he said.

The family says it will be weeks before they know if Bou Bou will survive, and, if so, what treatment he will need. They have no place to live in the meantime. The family is upset but hopeful that Bou Bou will make a full recovery.

"I hold his hand to comfort him," Bounkham Phonesavanh, the boy's father, told the Journal-Constitution. "We're close. That's my boy, my only son."

A family friend has created an online fund-raising page to help with the Phonesavanhs' medical costs.