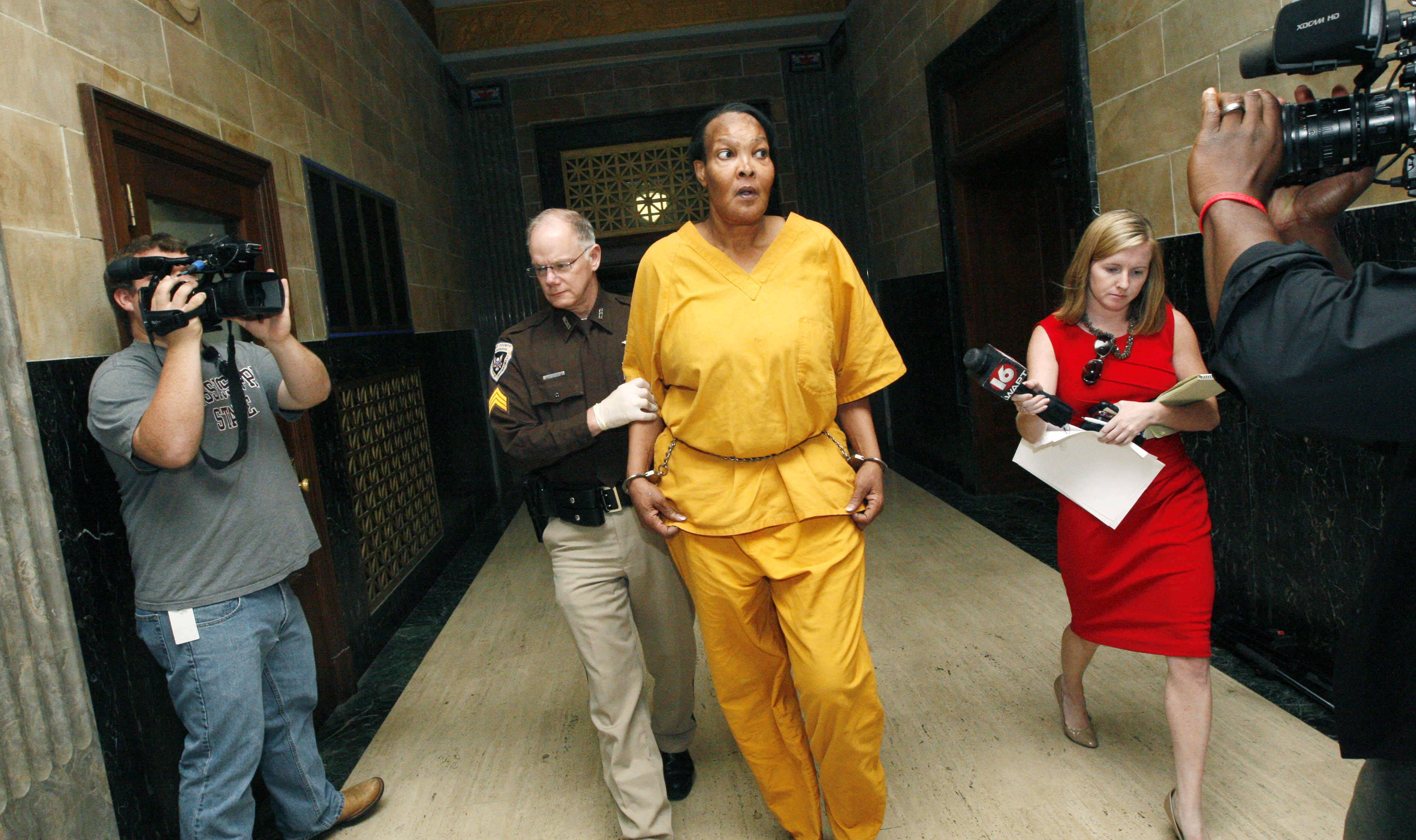 JACKSON, Miss.Women across the U.S. are risking their lives for black market procedures to make their buttocks bigger, often involving home-improvement materials such as silicone injected by people with no medical training.

Some want to fill out a bikini or a pair of jeans. Others believe a bigger bottom will bring them work as music video models or adult entertainers. Whatever the reason, they are seeking cheaper alternatives to plastic surgery - sometimes with deadly or disfiguring results.

Deaths from black market buttocks injections have been reported in Alabama, Georgia, Florida, Pennsylvania, Nevada and New York. An interior decorator in Mississippi faces trial in the deaths of two women who were injected at her house.

Though there is little data on the procedures or injuries they cause, doctors and authorities say they are seeing them more often. Online forums used to set up the illegal procedures have attracted thousands of responses. Some men also seek out buttocks enhancements, but the procedures are much more popular among women.

"People are seeing unlicensed and unskilled professionals for quick fixes," said Dr. Lyle Leipziger, chief of the division of plastic and reconstructive surgery at North Shore University Hospital in Manhasset, New York. "It's basically egregious," he told CBSNews.com. "The injection of these illicit materials should not be performed."

Very big buttocks have been popular in hip-hop videos for years, celebrated by songs like the 1990s hit "Baby Got Back" by Sir Mix-a-Lot, with lyrics declaring, "I like big butts and I cannot lie."

But Dionne Stephens - an assistant professor of psychology at Florida International University who studies race, gender and sexuality in hip-hop culture - said celebrities such as Jennifer Lopez, Beyonce and Kim Kardashian have the shapely body part popular among an increasing number of women of all races and ethnicities.

The problem is that some of them toss caution aside when black market procedures are the only ones they can afford.

"It is very scary that this is happening," Stephens said.

For 46-year-old Apryl Michelle Brown, the path to a black-market injection started with people teasing her as a child about having a "pancake butt."

Years later, a woman walked in Brown's beauty salon in California and told her she could make her butt bigger with injections. It seemed like "divine intervention," Brown recalls.

"It was just something I felt inside of me, that I felt would make me better. I just didn't want the pancake booty anymore," she said.

The following week, she was at the woman's house getting injections and followed up later with more.

It wasn't long before the injection sites got hard and excruciatingly painful. Brown eventually began looking for doctors to remove the material, which she learned was an industrial silicone available at a home improvement store.

After surgery in 2011, a staph infection left her near death. Both hands and feet were amputated.

Today, Brown has a website and speaks on the topic, trying to convince others that they are beautiful the way they are.

"I would never want anybody else to go through this, not even lose one finger, much less all their limbs," she said.

Despite a lack of hard numbers, there's anecdotal evidence that the illegal procedures are becoming more common.

In April 2007, someone posted this question on the website Topix.com: "is there any truth to this madness about some type of butt injections to make your butt bigger someone enlighten me."

There have been more than 14,000 responses, with new ones almost every day. Some of the responses are horror stories. More of them go like this one, posted recently: "Does anyone know of a good injector in Los Angeles County?"

Or this one on July 10, "Safe reliable injector will be in NJ the week of the 15th. Booking appointments now."

Investigators say a Georgia woman who died after getting injections in Mississippi in 2012 used the Internet to find someone to inject her.

First, she connected with an adult entertainer and hip hop model named Natasha Stewart, who goes by the moniker Pebbelz Da Model. The two met in New York and Gordon paid Stewart $200 for a referral, prosecutors say. Authorities say Gordon was told the injections would be performed by a trained medical professional.

In March 2012, Gordon drove with a friend from Atlanta to Jackson, Miss., to the home of 53-year-old Tracey Lynn Garner, also known as Morris Garner, a floral and interior decorator with no medical training. The cost was $1,500. Early in the case, authorities referred to Garner as a man, but her attorney says she had surgery to change gender.

Gordon died of blood clots in her lungs a few days later. There was so much of a "silicone-like" substance in her buttocks that it spilled onto the floor and "all over the place" when a medical examiner cut into her during the autopsy, according to an investigator's testimony from September.

Garner and Stewart, 40, are currently charged in Hinds County, Miss., with depraved-heart murder. They have pleaded not guilty. They are scheduled for trial next year.

A gag order in the case prohibits attorneys from commenting.

Garner was later charged in the 2010 death of an Alabama woman and also pleaded not guilty to that charge.

Authorities haven't said what substance Garner used, though industrial silicone has been used in other cases.

Some people have silicone injected in their faces, where it can cause protruding, rock-hard nodules, but it's easier to treat than the large amounts injected into the buttocks. It's so difficult to remove very large amounts of silicone from the buttocks that many doctors, including Martin, won't even try.

It can also cause infections and blood clots. If the needles hit a blood vessel, the silicone can enter the blood stream and work its way to the lungs, Martin said.

Doctors won't perform buttocks injections, but they do offer lifts and buttocks implants. Doctors performed more than 3,700 of those legal procedures last year, generating more than $17 million, according to the American Society of Plastic Surgeons.

The average fee for a legal buttocks implant is $4,670, according the organization.

"Appropriate procedures for buttock enhancements exist," Leipziger emphasized. "These other procedures are unlicensed and inappropriate."

In a Florida criminal case, Shatarka Nuby paid $2,000 for injections at people's homes, according to police reports.

Nuby died on March 17, 2012, while serving a prison sentence for using fraudulent credit cards, including for professionally done breast implants.

She had gotten the illegal buttocks injection numerous times from 2007 to 2011, authorities say, and died from acute and chronic respiratory failure from the silicone.

Oneal Ron Morris - who was born a man, identifies as a woman, and goes by the name of Duchess - is charged with Nuby's death. Nuby's aunt told investigators that she watched some of the injections. Morris' lawyer didn't respond to a message.

Morris told Nuby's aunt at one time that she was using silicone from Home Depot, according to a police affidavit that charged Morris with manslaughter in July 2012.

The aunt said she could "see the butt rise" when the substance was injected. It was sealed with cotton balls and superglue.

Morris, according to the affidavit, assured the women "that the substances she was injecting into Shatarka Nuby would not hurt her."

The American Society of Plastic Surgeons urges those interested in cosmetic procedures to "do your homework" to find a board-certified plastic surgeon.