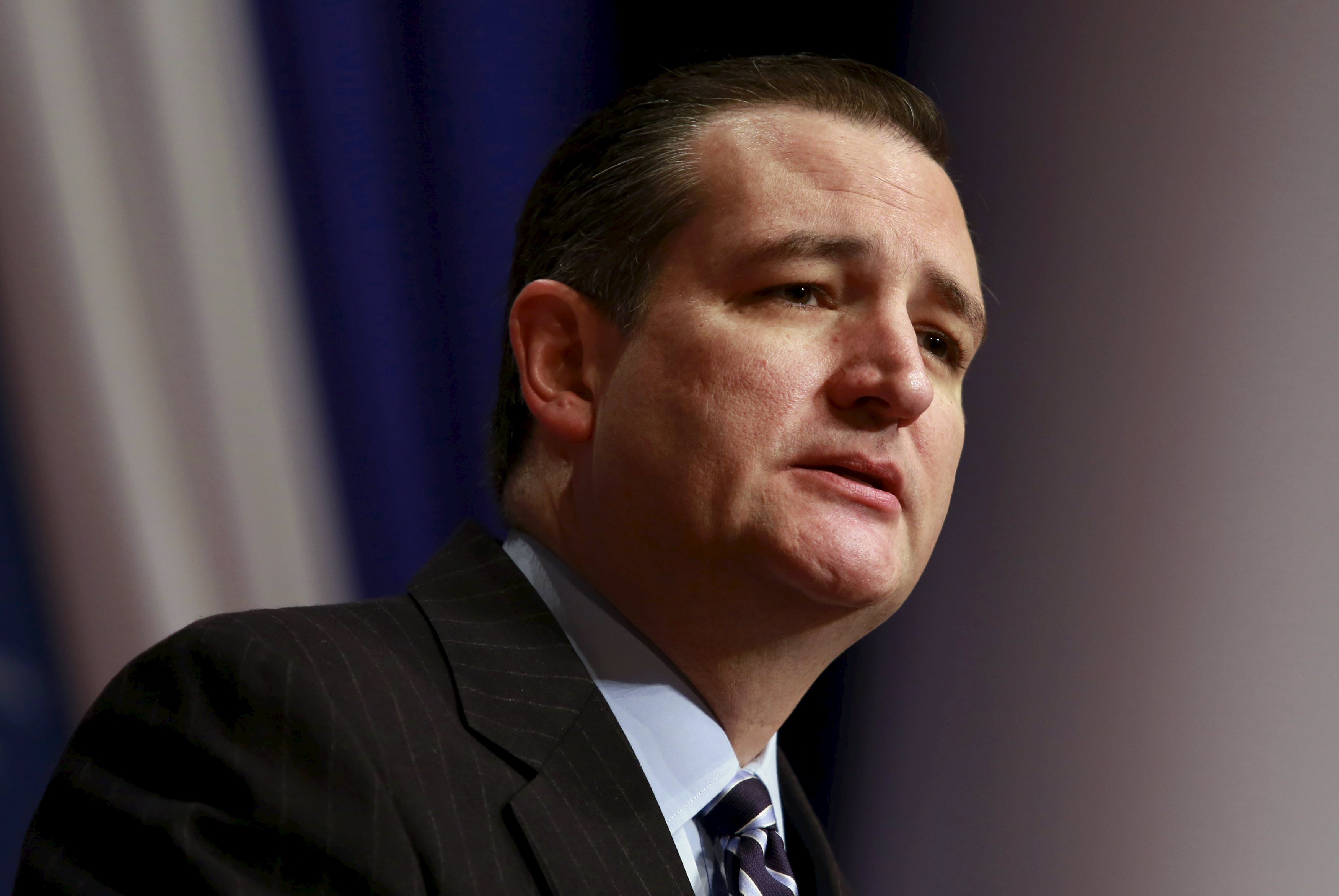 Sen. Ted Cruz, R-Texas, on Wednesday questioned whether Donald Trump has the "judgment" to be president.

At a private fundraiser in Manhattan, Cruz spoke to about 70 people about Trump and Ben Carson, two people who attended the event told The New York Times.

"You look at Paris, you look at San Bernardino, it's given a seriousness to this race, that people are looking for: Who is prepared to be a commander in chief? Who understands the threats we face?" Cruz said, according to one of the sources.

"Who am I comfortable having their finger on the button? Now that's a question of strength, but it's also a question of judgment. And I think that is a question that is a challenging question for both of them," Cruz added about Trump and Carson.

Cruz's campaign later sent out a press release calling the Times' story "misleading" and a statement from Cruz.

"In the course of a Presidential election, the voters are going to make a decision about every candidate. And ultimately the decision is, who has the right judgment and the right experience to serve as Commander in Chief? Every one of us who is running is being assessed by the voters under that metric, and that is exactly why we have a democratic election to make that determination," he said.

Cruz said he likes and respects those two rivals, but then he said, "I don't believe either one of them is going to be our president," according to the other source.

A spokesman for Cruz's campaign, Rick Tyler, told the Times Thursday that Cruz's comments applies to the entire field.

"Judgment is a question for all candidates for president of the United States. That is the point Cruz was making."

Cruz has largely shied away from criticizing Trump, which Cruz has suggested is something that the media is just provoking. At an event Tuesday on Syrian refugees, Cruz said he disagreed with Trump's new plan to block Muslims from entering the U.S.

Asked if he would support Trump if he becomes the GOP nominee, Cruz said, "I will absolutely support the Republican nominee...but I hope and intend for that nominee to be me."

At a town hall in Iowa last month, Cruz reiterated his view that Trump wouldn't win the GOP nomination.

Support for Cruz has been climbing, according to several recent polls. A CBS News/NYTimes poll released Thursday found 35 percent of GOP primary voters back Trump, up 13 percentage points since October, and Cruz has moved into second place with 16 percent support nationally.

This story has been updated to reflect the Cruz campaign's response to the Times' story.