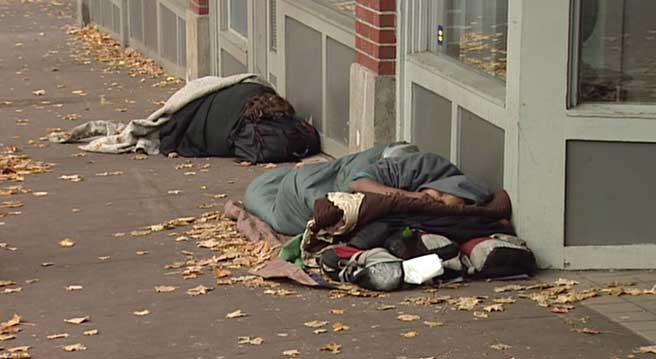 The National Law Center on Homelessness and Poverty said Tuesday many cities have banned living in vehicles, camping in public areas and panhandling.

The center says policies that criminalize homelessness harm communities because they create barriers to employment, housing and education.

Honolulu is among a handful of cities named in the report’s “hall of shame” for what the authors call bad policies. The report says Honolulu issued more than 16,000 warnings to people violating its sit-lie ban since it was enacted in Waikiki in 2014.

Honolulu officials say the ban is necessary so people can safely use public sidewalks and because tourists and residents complained.

In Portland, Oregon, in August, the mayor announced the end of pilot program that allowed homeless people to sleep on the streets undisturbed by law enforcement, saying it created confusion because some believed it legalized public camping, but defended his overall approach.

“The ‘safe sleep’ policy was well intended, but it created a lot of confusion and maybe some accidental or deliberate misunderstandings,” the mayor said. “It was never intended to legalize (street) camping.”

The mayor’s office told CBS affiliate KOIN at the time it would work with experts on other ways to help those homeless people. The mayor said he realized it’s unrealistic to get every homeless person off the street, so enforcement would be compassionate.