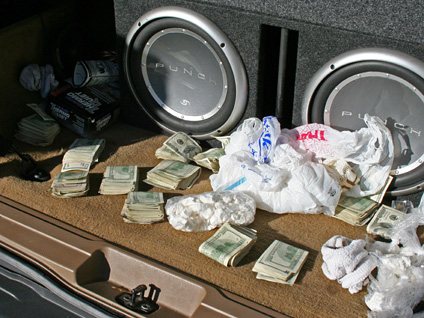 The article cites three cases of American teenagers caught by the Border Patrol in the last two months with thousands of dollars of marijuana or cocaine strapped to their bodies.

"Customs and Border Protection records show 130 minors were caught attempting to bring drugs through entry ports from Sonora into Arizona during fiscal 2009, an 83 percent increase over the previous year," the paper reported.

The teens are lured into service with promises that they won't face serious punishment if caught, a claim the Customs and Border Protection agency denies.

"One thing for sure: They will get the hardest punishment possible," Teresa Small, a CBP spokeswoman, said.