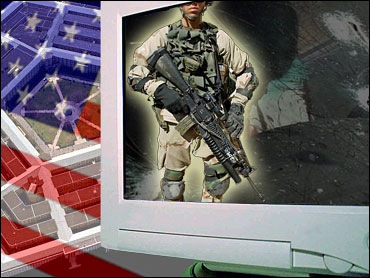 An Army official whose name was not revealed said in government documents published in Wired magazine that the Army's 10 person Web security unit is being diverted from reviewing officials sites by attention to soldiers' personal blogs.

According to the documents — which have many portions blacked out — audits performed by the Army Web Risk Assessment Cell, based in Virginia, found at least 1,813 violations of operational security on 878 official military Web sites, and only 28 on 594 soldier blogs reviewed between January 2006 and January 2007.

The report was obtained by the Washington, D.C.-based Electronic Frontier Foundation (EFF), under orders from a federal district court.

The Army tightened rules on blogging by soldiers in May, requiring that they be cleared by commanders, partly because of concerns the bloggers might reveal information that would help insurgents.

Wired magazine estimates there are 1,200 active military blogs. The Army founded its Web risk operation in 2002 and expanded it to include blogs in 2005.

"It's clear that official Army Web sites are the real security problem, not blogs," EFF staff attorney Marcia Hofmann told Wired. "Bloggers, on the whole, have been very careful and conscientious. It's a pretty major disparity."

An Army spokesman said the military would probably not be able to comment until Monday.