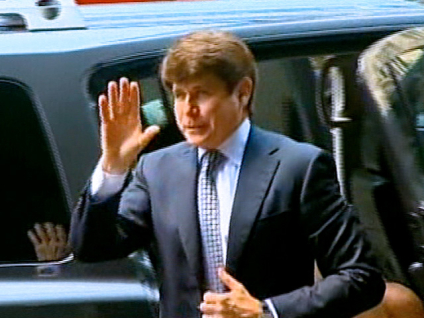 (CBS) CHICAGO - Former Illinois Governor Rod Blagojevich will serve his 14-year sentence at the Colorado facility named one of the "Best Places to Go to Prison" by Money Magazine, reports CBS Chicago.

Blagojevich, who was convicted last December of 18 corruption counts, had reportedly requested he serve his time at the low-security Federal Correctional Institution Englewood in Littleton, Colo., 15 miles from Denver.

Beside the Englewood facility is a work camp surrounded by mountain vistas, which according to the Chicago Tribune offers more freedom for prisoners. Blagojevich could eventually transfer there.

According to CBS Chicago, Blagojevich says he developed a drinking problem as his trial was going on and plans to enroll in a substance abuse program at the prison, which could shave up to a year off his sentence if he completes it.

Blagojevich is scheduled to report to prison by March 15.

Complete coverage of the Rod Blagojevich case on Crimesider