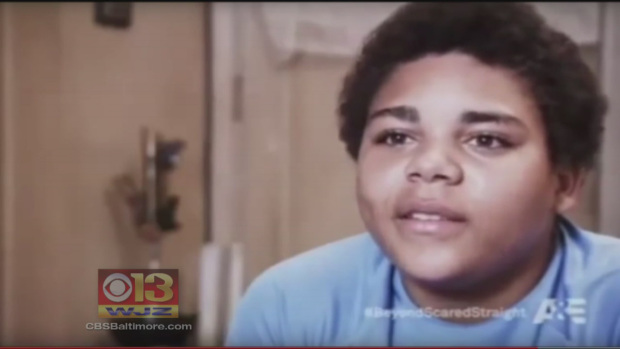 BALTIMORE -- A Maryland teenager who was featured on a cable television show aimed at turning lives of troubled kids around, was fatally shot last week, reports CBS Baltimore.

Franklin Morris was reportedly one of three teenagers shot and killed near a playground in North Baltimore. Morris had appeared on A&E's "Beyond Scared Straight" three years ago, family and friends confirmed to the station.

The victim had been gunned down on the same street near the area that he walked on the program, according to CBS Baltimore. The teen had been found shot in the head, along with 19-year-old Marquise Caldwell and 17-year-old Tyrik Adams.

Some have traced the reported uptick in crime rate to policing following Freddie Gray, but the mayor points to something else, according to the station.

"There's a national trend with the increased number of homicides in our country," Mayor Rawlings-Blake said.

Other major cities in the U.S. have all reportedly seen double digit increases, including Milwaukee, Saint Louis and New York.

Some West Coast cities like Los Angeles are not seeing more murders -- unlike Baltimore. Last month's record more than doubled compared to July 2014 -- 45 killings versus 22 last year, according to the station.

"It's a national uptick in crime," said T.J. Smith of the Baltimore City Police Department. "And that's not an excuse as we sit here in Baltimore. We all want instant gratification. We want right now for everything to stop."