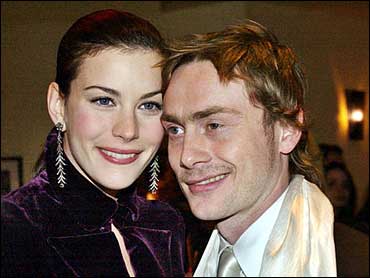 Actress Liv Tyler is pregnant with her first child, a magazine reported.

Tyler, the daughter of Aerosmith lead singer Steven Tyler, is married to rock singer Royston Langdon, of the band Spacehog.

Her baby is due this winter, "People" magazine said Monday.

Tyler, 26, played the elf princess Arwen in "The Lord of the Rings" trilogy.

She and Langdon married in March 2003 after a two-year engagement.

Tyler's other movies include "Jersey Girl," with Ben Affleck and Jennifer Lopez, and "That Thing You Do!"