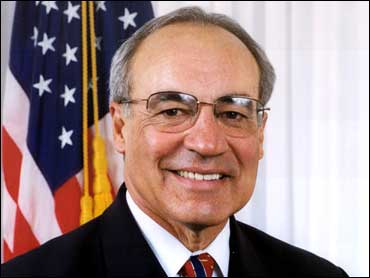 On the May 6, 2007 edition of 60 Minutes, Lou Dobbs told Lesley Stahl about a meeting he had with the Congressional Hispanic Caucus. Rep. Joe Baca, the Chair of the CHC, sent 60 Minutes this letter in response.

Read the 60 Minutes story here.
On Behalf of the Congressional Hispanic Caucus (CHC), I write to express our deep concern about the comments made by CNN's Lou Dobbs during an interview on CBS's 60 Minutes.

This past Sunday, on 60 Minutes, CNN personality Lou Dobbs commented on a meeting he had with the CHC in March of 2004. His recollection presented on your program, however, clearly took our meeting out of context, misrepresenting the meeting's purpose and context. Moreover, Mr. Dobbs continuously misrepresents both the Hispanic community and the issue of immigration with half truths and harmful rhetoric.

Regrettably, Mr. Dobbs' comments on your show do not reflect the true nature of the discussion at our meeting. Instead, the meeting focused on the negative portrayal of Hispanics on Mr. Dobbs' program and on immigration reform. Sadly, Mr. Dobbs' recent comments are just one example of how he continues to belittle Hispanic Members of Congress and the Hispanic community.

The CHC believes it is inappropriate and unacceptable for Mr. Dobbs to continue to exploit the issue of immigration—seemingly for notoriety and ratings. If he is sincere in his concern for our country's broken immigration system and those it puts at risk, he should use his program to address the issue of immigration. However, if Mr. Dobbs is sincere in wanting to move our nation forward on the issue, he should use his program as a means to facilitate a legitimate and complete debate on our broken immigration system, including a discussion on immigrants' contributions to our nation. Sadly, Mr. Dobbs appears more concerned with ratings and publicity, than with actually being a part of the solution.

The fact of the matter remains—our nation's immigration system is broken. It needs to be fixed, and needs to be done so with a comprehensive plan that is both practical and just. However, our country will not arrive at a solution without fair, honest, and respectful debate on the issue.

It is in this light that we ask for you help to clear the record on the air. Specifically, we want to relay that the CHC did not meet with Mr. Dobbs to discuss his Mexican cuisine experiences, but to respectfully recommend that he cease the negative portrayal of Hispanics on his show and that treat the issue of immigration in a responsible manner.

Searching for the truth in Emperor Caligula's gardens in Rome