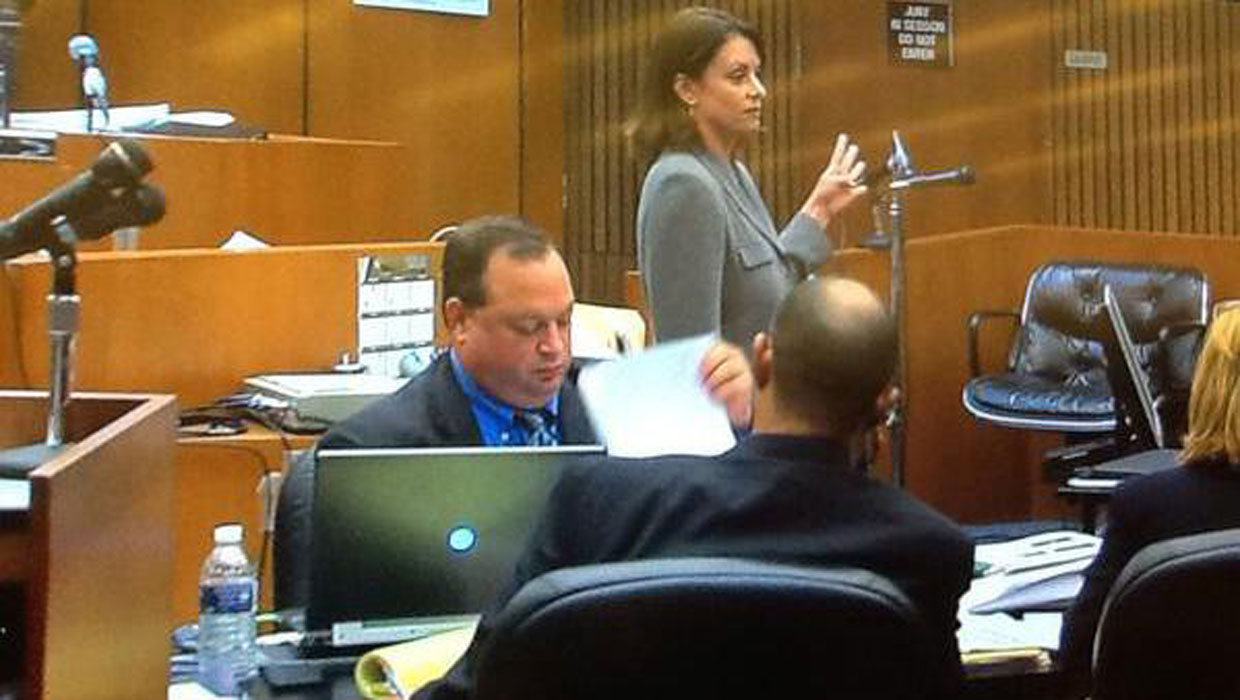 DETROIT - A suburban homeowner who opened his front door and shot dead an unarmed woman on his porch should have called police instead of becoming "judge, jury and executioner," a prosecutor said Wednesday in urging jurors to convict him of second-degree murder.

The jury began deliberating shortly before noon in the murder trial of Theodore Wafer and went home after about three hours later without reaching a verdict.

In their closing arguments, prosecutors repeatedly emphasized that Theodore Wafer had other, easier options than to directly confront 19-year-old Renisha McBride when she showed up drunk on his porch before dawn on Nov. 2, 2013. Several hours earlier, she had crashed into a parked car on a Detroit street about a half-mile from Wafer's house in Dearborn Heights.

Wafer, 55, said he shot McBride in self-defense. He said he awoke to an "unbelievable" pounding on his doors and feared for his life when he fired through a screen door as someone rushed from the side of the porch.

He shot McBride in the face, killing her.

"She was a young girl looking for help," prosecutor Patrick Muscat told jurors. "What he did had to be immediately necessary and it wasn't. It was reckless. It was negligent. I don't know how to describe it. It was horrific."

Wafer, an airport maintenance worker who lives alone, is charged with second-degree murder and manslaughter. The jury could convict him of the lesser charge of involuntary manslaughter or clear Wafer of all charges if it believes had a "reasonable and honest" belief that his life was at risk, even if he was wrong.

"He armed himself. He was getting attacked," defense attorney Cheryl Carpenter said in her closing argument. "Put yourselves in his shoes at 4:30 in the morning."

But another prosecutor, Athina Siringas, said a murder conviction fits the case.

Wafer "decided to be judge, jury and executioner," she said in a rebuttal argument.

Earlier this week, Wafer testified that he was terrified by the pounding on his house. He had been sleeping in a recliner and said he couldn't immediately find his phone to call police.

In the aftermath of the shooting, some wondered whether race was a factor because Wafer is white and McBride was black. Race hasn't been an issue at trial, although the prosecutor noted that McBride was "African-American" while cross-examining Wafer on Tuesday.

In her closing remarks,defense attorney Carpenter said race isn't a factor for the jury. She said Wafer was just a homeowner who was aware of crime in a neighborhood that borders Detroit and wanted to protect himself.

"In the heat of the moment our instincts are to survive," she said. "He did not know it was a 19-year-old who got in a car crash at 1 a.m. What he knew was someone was trying to get in. It's not for a good reason - it's to hurt me."