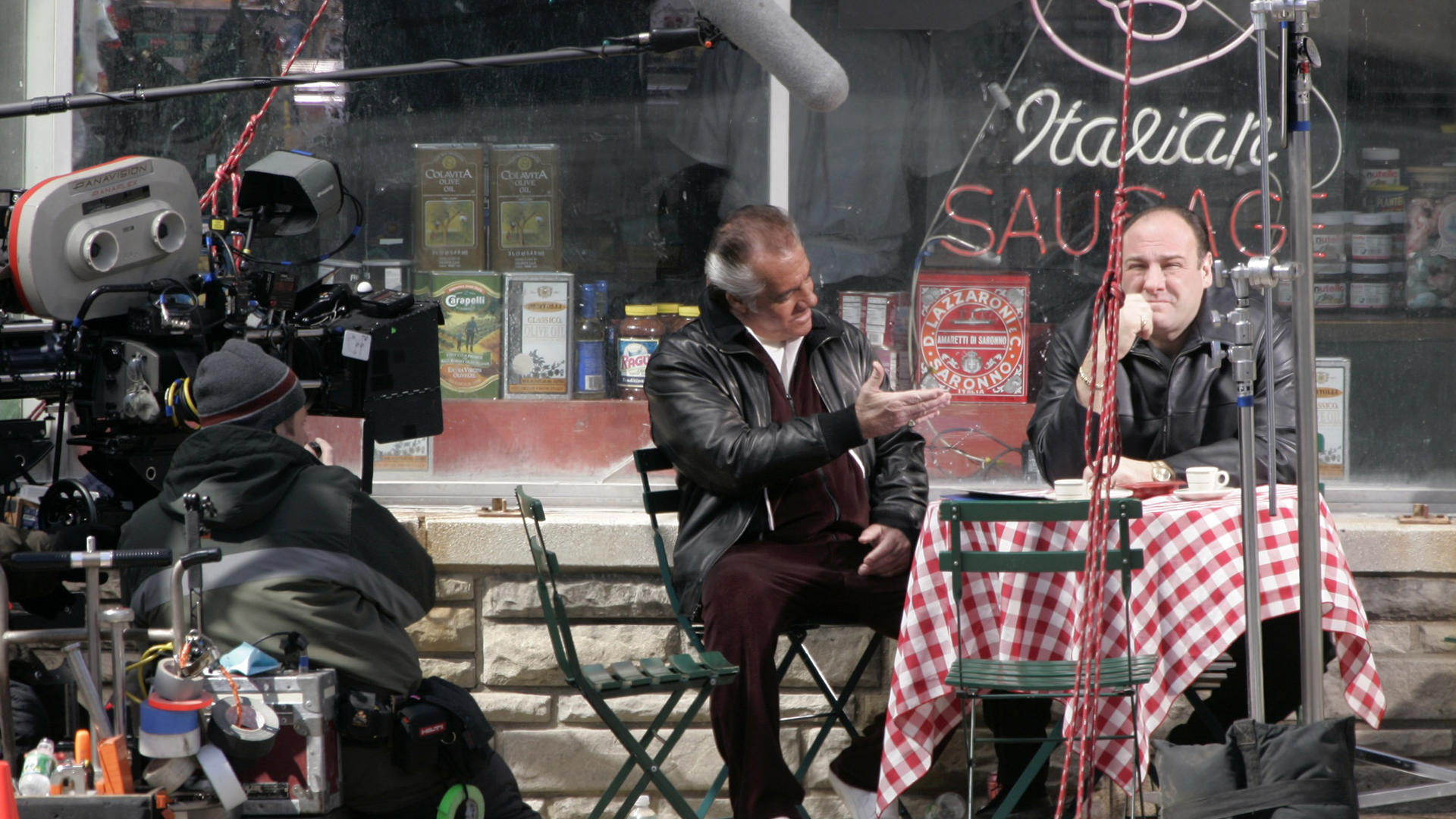 Twenty years ago Thursday, before the days of downloading and streaming that has fractured audiences, "The Sopranos" made its debut, dominating television and changing what was possible for the small screen. The Writers Guild of America named it the "best written TV series," and Rolling Stone has ranked it as the greatest TV show of all time.

In 2005, 60 Minutes correspondent Bob Simon examined the show's cultural heft. He interviewed the show's star, actor James Gandolfini, who told Simon why he thought the show was so successful: it's about family. It deals with children, parents, and older generations. The Mafia, he said, is there to escalate things a bit.

"But, in a way, that's about family, too," Gandolfini said in the clip above, "you know, loyalty and big issues like that. And I just think it's so well written."

With Tony Soprano's kill count, it's safe to say he was a violent man. Simon asked Gandolfini where his character's temperament came from. Was he responsible? Or did the show's creator, David Chase, create it?

In the clip above, Gandolfini told Simon that, over the years, the show's writers added seeds of the actor's own personality to the mob boss.

"I have a little bit of a temper but it's, you know, a useless temper," he said. "It doesn't accomplish anything generally. It's just a lot of ranting and raving and nothing. So David probably saw that and put it into the character. But I'm not Tony Soprano by any means."

David Chase was "just trying to earn some money"

David Chase did not intend for Tony Soprano to become the cultural figure he is today. At least, that's what he told Simon in the clip above.

"No one sets out to do that," he said. "I was just trying to earn some money and get some film to show."

His job was to create television, he explained, and if it hadn't been "The Sopranos," it simply would have been another show at another studio.

David Chase's mother was the model for Livia Soprano

In creating "The Sopranos," Chase began not with Tony Soprano, but with the character's mother, Livia. Chase used to tell people stories about his own mother, and his wife told him he had to write about her someday.

He wondered, how would he do that?

"Then I got this idea of, I don't know, putting it with a gangster because to see a tough guy like that having to contend with a tough woman like that might be interesting," he said.

With that, Livia Soprano was born.

Although his own mother never tried to kill him, the way Livia does with Tony, Chase admits she did once brandish a weapon at him.

"She was threatening to poke my eye with a fork," he recalled, laughing. "But she was hysterical."

Chase's fork incident made it into a flashback scene between Livia and Tony in the first season of "The Sopranos."

Aljabri: MBS has a "Tiger Squad" of henchmen

60 Minutes meets the smartest dog in the world
Thanks for reading CBS NEWS.
Create your free account or log in
for more features.
View CBS News In
CBS News App Open
Chrome Safari Continue
Be the first to know
Get browser notifications for breaking news, live events, and exclusive reporting.