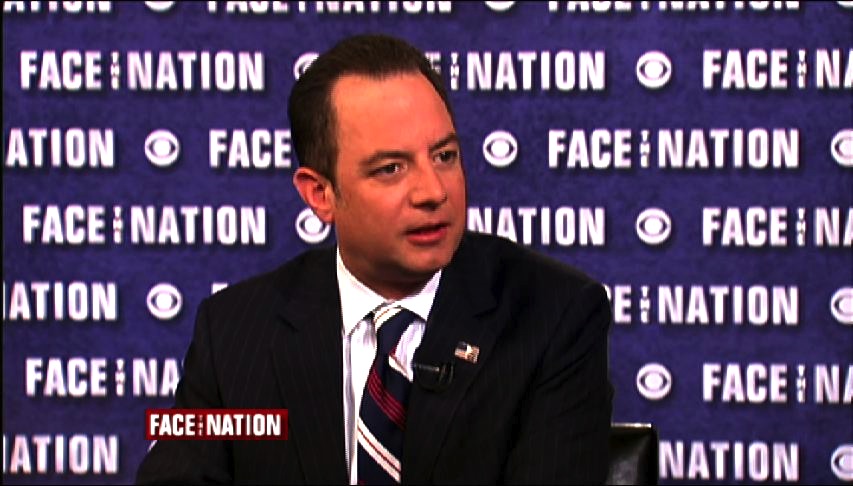 House Majority Leader Eric Cantor, R-Va., did not lose his primary because of his stance on immigration, the chairman of the Republican National Committee said Sunday.

Reince Priebus rejected the suggestion that his party is divided on whether to tackle immigration reform because Cantor, who opposed most immigration legislation, was defeated in his primary election while Sen. Lindsey Graham, R-S.C., who helped author the Senate bill that creates a pathway to citizenship for certain immigrants in the U.S. illegally, beat out six opponents.

"I don't think it's divided at all," Priebus said of the party. "In the regard to Cantor issue, I think [Georgia Rep.] Tom Price had it right this past week when he said, when you're trying to be a majority leader - and Eric did a great job of it ... it takes you out all over this country. It takes you out of your district. And pretty soon, that good work that you're doing nationally becomes a liability locally. I think it's a local issue."

He promised that the Republicans "will be united in the presidential election."

Graham, in another interview on "Face the Nation," also said that he didn't think Cantor lost because of a particular stand he took on immigration reform.

Rather, he said, "I think he got beat because of his lack of defining himself on immigration."

While Graham said that the Republican Party is benefiting from an ultra-liberal Democratic agenda that has "blown up in [the Democrats'] face," the GOP needs to avoid being "delusional" about their position.

"If we become the party of self-deportation, if that again is our position in 2016, we're going to drive a deeper wedge between us and Hispanics," Graham said. "If we keep playing this game that self-deportation is the only answer for the Republican Party, we will have destroyed our chances in 2016 and dealt a death blow to our party because by 2050 the majority of this country is going to be African-American, Hispanic and Asian."

Graham said he believes that nationally, Republicans will accept an "earned pathway to citizenship if you secure the border" and that the GOP should stop allowing 35 percent of voters dictate how the party should engage on the issue. He blames the sharp decline in Hispanic support over the past decade on the immigration rhetoric at the national level.

"We will lose a natural ally in the Hispanic community," he said. "Conservatism aligns with Hispanics. They're hard-working. They're entrepreneurial. They're pro-life. They're pro-military. It will break my heart for my party to go down a road that we need not go. Embrace rational, comprehensive immigration reform that prevents a third way to legal immigration, and we're back in the ballgame. If we don't adjust on this issue, our chances for survival as a party are very bleak."

Priebus, on the other hand, said he's "not sure" there's widespread agreement on the citizenship issue. Rather than focusing on a specific issue, he said the party needs to work harder at expanding their dialogue with minority communities all year round rather than just ahead of an election.

"What we have to do is more fundamental than just argue about policy," Priebus said. "You can get the policy right all day belong. But if you don't have the conduit in the community, on a long-term basis, if you don't have Republicans and Hispanic and African-American and Asian communities talking about the Republican Party, or nominee, etcetera, for four years, not just four months, you're not going to improve in national elections."

He was not so bullish about the future of former Secretary of State Hillary Clinton, whose book tour he said has been marked by "one gaffe after the next."

"We are going to do great in this midterm, and I think people expect us to do well. And then we're going to move into the presidential election. The Democrats have nobody behind Hillary Clinton, and if she keeps freefalling, she's not going to be the nominee," Priebus said, noting that her poll numbers have slipped since leaving office. "Economy, jobs, is still number one, and right now the president still hasn't delivered. And Hillary Clinton's been a part of it."