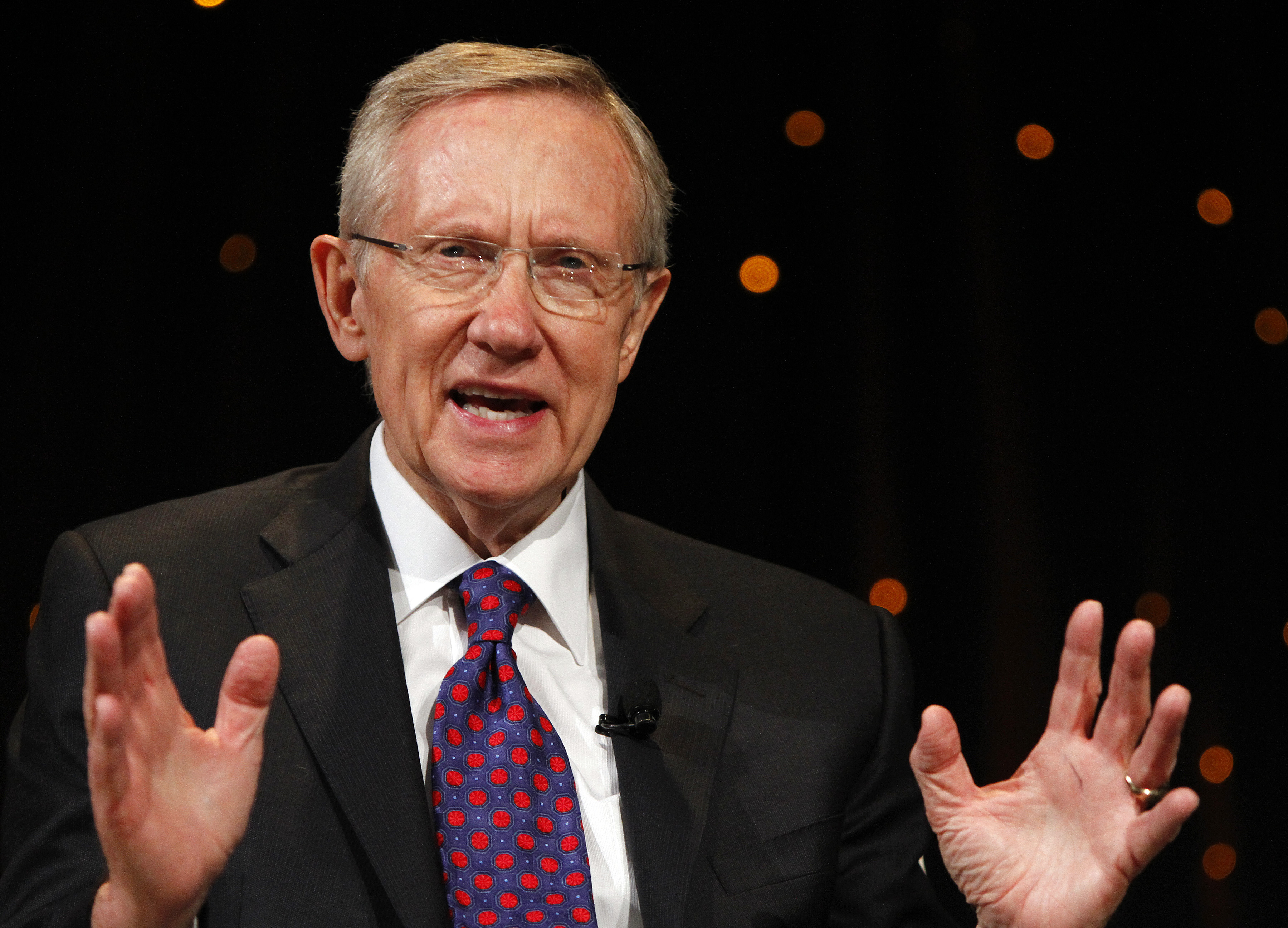 Senate Majority Leader Harry Reid often raises the ire of liberal activists because of the slow pace of legislating in the Senate.

He acknowledged as much today at Netroots Nation, the largest gathering of liberal bloggers and activists of the year: "I know there are times, I'm told, that I get on your nerves," he said, eliciting laughter. "I'm here to tell you, you get on my nerves."

Reid said, however, that he and the left need each other. And he promised to keep up his end of the bargain with two moves: a commitment to reforming the filibuster, and a moving pledge - made personally to Lt. Dan Choi - to repeal the military's "don't ask, don't tell" law.

Choi this week was discharged from the military for being openly gay. Since coming out, the Iraq war veteran has been an outspoken advocate for repealing don't ask, don't tell.

Before Reid began to answer questions from the conference audience today, the discussion moderator handed him Choi's West Point ring as a gift. Reid expressed his gratitude but said he could not accept the gift.

Choi joined Reid on stage and gave the majority leader a hug. Audience members shouted at Reid to keep the ring until "don't ask, don't tell" is repealed.

"When the bill's signed, I'll keep it safely and then give it back to him," he said.

The whole episode won Reid a standing ovation and loud cheers from the liberal base that has so often derided him.

Reid also played to the crowd with a positive response to whether he would support reforming the filibuster - the Senate procedural rule that allows a single senator to indefinitely uphold a debate unless there are 60 senators who want to stop him.

"In the early days of baseball, you could throw a spitball, there was nothing wrong with that," Reid said. "They abused the system, and they outlawed the spitball. Now this Republican Senate has started abusing the rules, so we're going to have to change it."

While his pledge for gay rights and filibuster reform pleased the liberal audience, they were more interested in talking about what else Reid hasn't accomplished.

Reid said this Congress has a substantial list of accomplishments. He said, however, "I know you wish some of these reforms were more sweeping, and believe me, I do too. But we also have to be realists."

Like health care reform, Reid said Democrats will have to wait for the kind of comprehensive energy legislation they'd like.

There is "not a single Republican to play ball with us" on energy reform, Reid said.

Indeed, the GOP's base, at the RightOnline conference today (also in Las Vegas), said that Republicans shouldn't vote for any Democratic-led energy bill, even if it leaves out contentious proposals like cap and trade.

Reid said that the scaled down bill he will introduce early next week is focused on holding BP accountable for the Gulf oil spill, restoring money for conservation, and creating jobs through HomeStar home retrofitting.

"I think we can get that done quickly," he said. "We're not going to do nothing just because we don't have a partner on the other side."