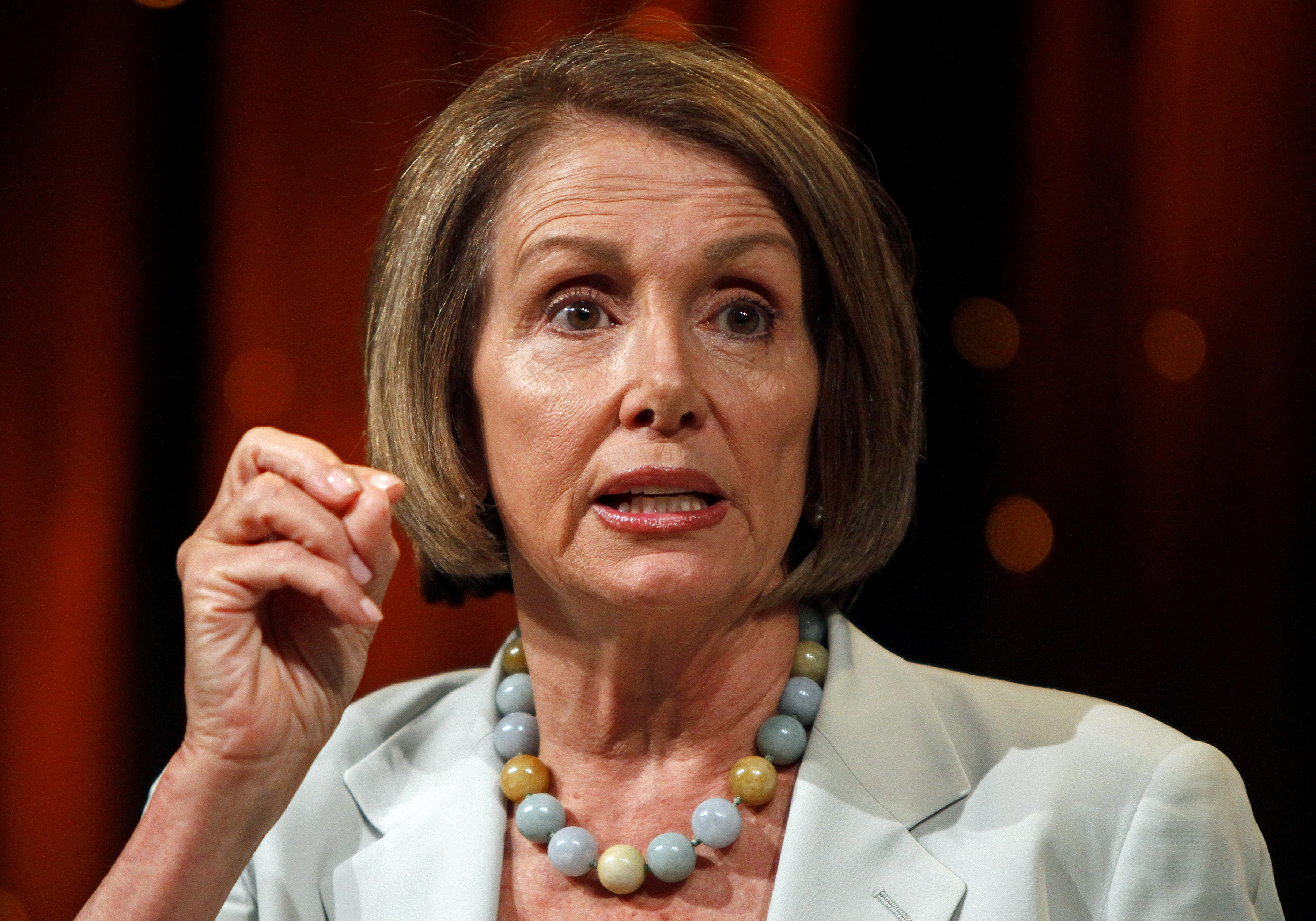 LAS VEGAS -- House Speaker Nancy Pelosi said unequivocally today that she is opposed to raising the retirement age, and that scaling back Social Security should not be a means of reducing the deficit.

"To change Social Security in order to balance the budget, they aren't the same thing in my view," the Democrat said today at the Netroots Nation conference in Las Vegas. "When you talk about reducing the deficit and Social Security, you're talking about apples and oranges."

Pelosi clarified her position before a group of liberals highly concerned that Democrats and Republicans are interested in modifying Social Security as a means of deficit reduction in ways that would reduce its impact for Americans. The Netroots Nation conference, the largest gathering of liberals all year, even featured earlier this week a panel entitled, "Obama's Social Security 'Death Panel': Engaging Activists to Defeat the Drive to Cut Critical Social Programs."

Pelosi: Obama was Happier about Health Care than Getting Elected
Al Franken to Liberals: Don't Check Out Now

By "Social Security Death Panel," liberals are referring to President Obama's deficit commission, which in December will give Congress a plan for reducing the federal deficit. Its co-chairs have repeatedly said that reform of entitlement programs must be a part of the solution. Pelosi has promised a vote on the commission's plan, and lawmakers have generally expressed interest in what the commission will recommend.

Pelosi said today that Democrats are "moving on all fronts to reduce the deficit" with pay-as-you-go rules and Mr. Obama's stern budget, and reinforced the need to keep Social Security solvent.

She also said, however, that it's important for Democrats to make clear to seniors that they support Social Security and oppose changes, such as privatization of the program.

Reid Makes a Promise to Dan Choi for Gay Rights
Governors' Races are 2010's Main Event, Strategists Say
Labor Leader: GOP Has Declared War on Latinos
In 2010, Will Democrats Offer More Than Anti-Tea Party?
Brian Schweitzer: Sometimes Lucky is Better than Good
Are Liberals Too Concerned with Being "Colorblind?"