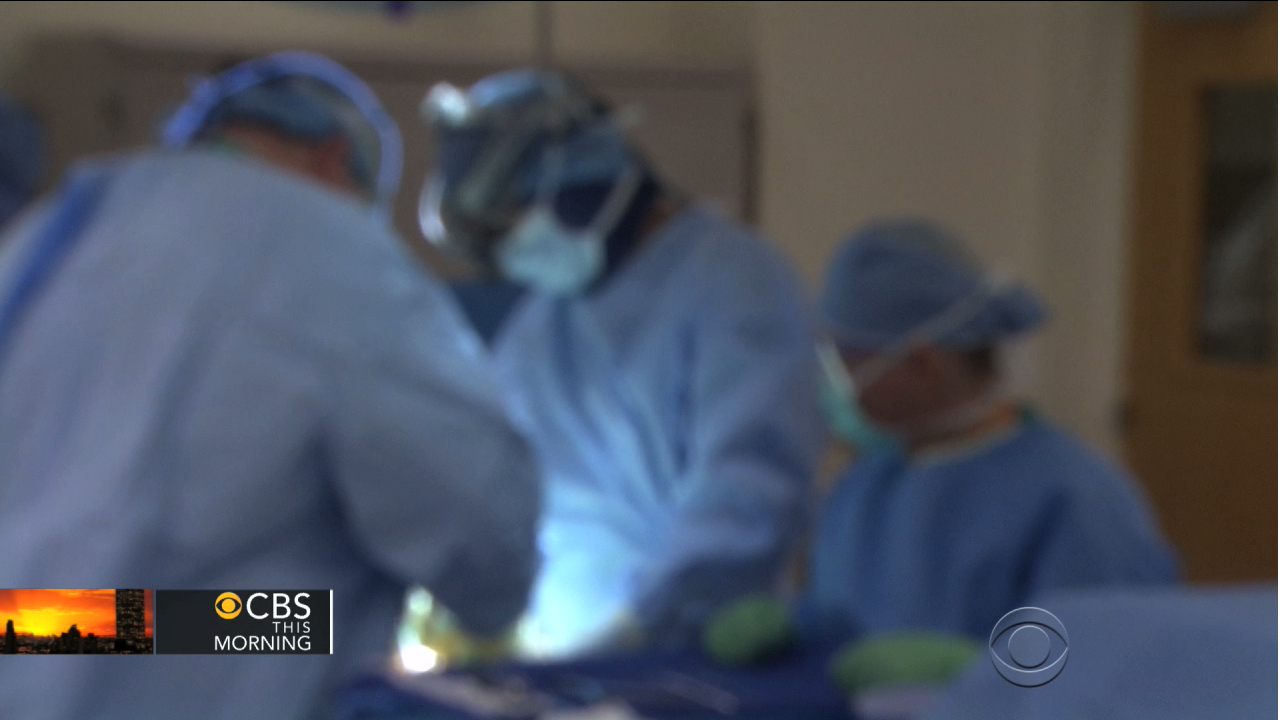 In April, CBS News published a six-month investigation into spinal fusion surgery. There is a debate over whether some doctors are performing the procedure when it is unnecessary and potentially dangerous. The operation joins two or more adjacent vertebrae, often with metal rods and screws, and can result in paralysis or life-threatening complications.

The story made previously unreleased government data public. It showed how many spinal fusions each doctor in the country performed on Medicare patients from 2011-2012, under specific billing codes. Sources tell CBS News that the FBI, Department of Justice, and Inspector General of the Department of Health and Human Services are now using this data as a starting point and aid for investigations. The sources said the data was cleaner, and easier and faster to obtain than the information they previously had access to. Federal authorities have already opened a criminal investigation into one particular surgeon.

The report also elicited responses from members of Congress. Senator Tom Carper, Chairman of the Homeland Security and Governmental Affairs Committee, asked the Department of Health and Human Services for a detailed response to the CBS News report. Senator Orrin Hatch, ranking member of the Finance Committee, previously examined unnecessary spine surgeries and their relationship to doctor-owned medical device companies. Regarding the CBS News story, a spokesman said Senator Hatch will "investigate such reports using the full resources of the committee."

In more than half a dozen states, medical boards told CBS News they are also using the data to help keep patients safe. The Medical Board of California is cross-referencing it with other information that it has on almost 50 spine surgeons. The Florida Board of Medicine said the data would help it be more proactive, as it has historically only opened investigations after specific complaints were filed. The Delaware Board of Medical Licensure and Discipline said it "recognizes the invaluable resource this database could prove to be."

Maryland state senator Bill Ferguson said he is looking at expanding the authority of the medical board in his state so it can use the data. The law currently allows it to open investigations only after specific complaints are filed. "[W]e should be moving towards a more standardized protocol for analyzing available data to make the enforcement process more efficient and effective," he wrote in an email.

Medical societies also took action in response to the CBS News investigation. The president of the Congress of Neurological Surgeons presented CBS News' reporting at a national conference and called on regulators to look closely at the highest volume doctors in the data. The Association for Medical Ethics sent the database to all of its members to encourage self-policing among spine surgeons. The International Society for the Advancement of Spine Surgery began working on a clear and concise summary for patients on when fusions are appropriate.

Medical ethicists said the report also impacted patients and spine surgeons directly. They said it gave patients new information about their doctors and subjected spine surgeons to a level of transparency and accountability that did not exist before. "For the savvy or inquisitive patient, the data may provide insight into the practices of physicians throughout the country," said Dr. Scott Lederhaus, president of the Association for Medical Ethics. "The high volume doctors are probably hiding under their desks."

Why hosting the Olympics is a "terrible idea"