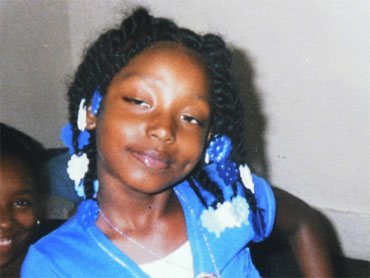 The platoon of army reservists in Iraq involved in last week's alleged mutiny has been broken up, the soldiers assigned to other units while two investigations proceed — one into their refusal to obey an order, the other into the condition of the trucks they were driving.

The soldiers, members of the 343rd Quartermaster Company, balked at driving a convoy of fuel trucks because they said the vehicles were in poor condition without any armor to protect them from the ever-present threat of ambushes, reports CBS News National Security Correspondent David Martin. The general in charge of re-supply missions in Iraq has ordered the unit to stand down until all the vehicles can be inspected and repaired.

"Not all of their trucks are completely armored. In their case, they haven't had the chance to get armored," said Brig. Gen. James E. Chambers, commanding general of 13th Corps Support Command, which sends some 250 convoys ferrying Army fuel, food and ammunition across Iraq each day.

Chambers said 80 percent of the 13th Coscom's 4,000 trucks have been fitted with custom steel plate, but some of those in the unit that balked, the 343rd Quartermaster Company, were among the last left unarmored, because the unit's mission normally confines it to a less dangerous part of Iraq.

"We will also assess armor protection for each of their vehicles and provide additional steel plating if it's required. I estimate this process will take 10 to 14 days," he added at a press conference in Baghdad.

None of the 13th Coscom's trucks arrived in Iraq with armor. Since February, the unit's engineers and private contractors have been working in impromptu maintenance yards to weld heavy metal "boxes" over truck cabs.

"Indeed there were equipment deficiencies and an unusual number of breakdowns on these convoys," said Rep. John Spratt, D-S.C. "It's fair to ask the Army, 'What were you doing to address these problems before sending the troops out on this route?'"

In addition to the trucks, some of the soldiers have told their families the fuel they were ordered to deliver was contaminated with water and could have caused helicopters to crash if it had been delivered and used. The wife of one sergeant says something must have been wrong.

"Something had to be mighty bad for him to go against an order — that's not him at all," she said.

Chambers denied claims that the fuel was contaminated, but downplayed the incident, saying the disobedience not indicative of wider U.S. Army morale or maintenance problems. The 18 soldiers were "moved to a separate location" for questioning and have all since returned to duty, the general said.

But Chambers did not downplay the danger of driving Iraq's roads, a job that has become the equivalent of front-line combat with Iraq's insurgency, whose deadliest weapon is the hidden roadside bomb.

"In Jim Chambers' opinion, the most dangerous job in Iraq is driving a truck," he said. Soldiers take their missions realizing "it's not if, but when, they will be attacked."

The Army announced last week it was investigating up to 19 members of a platoon from the 343rd Quartermaster Company based in Rock Hill, South Carolina.

On Wednesday, 19 members of the platoon did not show up for a scheduled 7 a.m. meeting in Tallil to prepare for the fuel convoy's departure a few hours later, a military statement said.

One of those soldiers was Scott Shealey, said his father Ricky, and it wasn't the danger, but that the soldiers knew the fuel was bad.

"Because if you put contaminated fuel in a helicopter, then you're going to probably end up crashing a helicopter or cause major problems," Ricky Shealey told CBS News Early Show co-anchor Harry Smith Monday.

"My son is presently being held in a town called Cedar," Shealey added. "Gen. Chambers said they had all been returned to their units but my son has not. My son is being told he is going to be processed out of the army with a general court martial."

The general said a pair of investigations were already under way, and said there were just 18 soldiers whose actions were being probed.

The first investigation, overseen by the 13th Coscom's inspector general and deputy commander, is looking into maintenance and safety practices at the Talil air base, where the 343rd is based.

The second, headed by the commander of the 300th Area Support Group, has ordered a criminal inquiry to determine if any soldiers committed crimes under the Uniform Code of Military Justice, and, if so, whether disciplinary measures are warranted.

"Based on our investigations, other actions may be necessary," Chambers said.

As a result of the incident, the entire 343rd is in the midst of a two-week "stand down," bolting on new armor and upgrading maintenance on its vehicles. The 18 soldiers under investigation must complete additional training and win re-certification to regain permission to perform convoy missions, Chambers said.

He said the incident and ongoing maintenance pause had no effects on supplying the U.S. military here. The 21-vehicle convoy still made the run Wednesday, albeit late.

The 15,000 troops under Chambers' command — almost 90 percent of whom are Reservists or National Guard soldiers — have completed 75,000 convoy missions covering the length and breadth of Iraq and suffered 26 killed since April, Chambers said. No members of the 343rd have been killed in Iraq in the nine months they've been there, the general said.

The platoon has troops from Alabama, Kentucky, North Carolina, Mississippi and South Carolina.