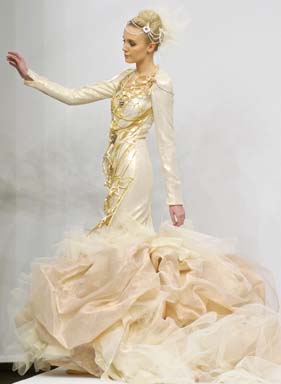 Gus Frerotte and the Washington Redskins are starting to find their comfort zone.

gained 351 yards Saturday, with Stephen Davis scoring two touchdowns -- including a 1-yard run with 2:38 left -- as the Redskins beat the Tennessee Oilers 27-24.

It was a much better performance for the Redskins (1-1) than a week ago when they managed just 42 yards in the first half against Miami. Frerotte said everything worked better against the Oilers (1-1).

"It was just an improvement overall on offense," said Frerotte, 13-of-22 for 145 yards. "The line did its job. We had some breakdowns offensively, but for the most part, we completed some throws and did some things right."

Ferotte completed five straight passes for 67 yards on one drive, setting up Stephen Davis' 6-yard touchdown run for a 10-10 tie with 8:49 left in the second quarter. The backups also did well, with Trent Green going 9-of-12 for 95 yards as he set up the final 80-play drive to take the lead for good.

The game didn't start easily for the Redskins, who held the lead only once, at 3-0 on Scott Blanton's 45-yard field goal on the opening drive.

The Redskins' new defensive weapons, Dana Stubblefield and Dan Wilkinson, started slowly, but caused plenty of trouble for Oilers quarterback Steve McNair later in the half.

McNair completed his first three passes, but that was all he would get in three series of work as he was 3-of-8 for 33 yards. He wound up running three times for 39 yards.

It was a costly victory for the Redskins. Defensive end Rich Owens injured the ACL in his left knee just before halftime and was scheduled for an MRI exam Sunday. Linebacker Antwaune Ponds sprained his kee, and Twan Russell sustained a hip pointer. Punter Matt Turk didn't play because of back spasms.

It was a sloppy game all around as the teams combined for 19 penalties, including an unnecessary roughness call that was first called against Washington before being corrected to the Oilers' Brad Hopkins.

The Oilers looked on the bright side after losing the first game of their first season in Nashville. They pointed out the warm reception they got from the crowd of 31,429, which was bigger than they drew at seven regular-season games in Memphis last year.

Coach Jeff Fisher said that his team led 17-10 at halftime before the backups took over. But he said the Oilers had a hard time not thinking about rookie cornerback Samari Rolle, who sustained a bruised spine Friday during practice that that left him with some numbness.

"We lost out here today, but we won last night when we got the news he was going to be OK," Fisher said.

Tennessee led 17-10 at halftime behind a 1-yard run by Rodney Thomas and an 11-yard reverse by Willie Davis just before the half. But the Oilers gave up three sacks and turned the ball over four times, including two within two minutes in the third quarter.

Fisher also wasn't pleased that his defense, fourth in the NFL in stopping the run last year, gave up 89 yards on the ground. But he and the rest of his team was happy with a crowd that greeted the Oilers with a standing ovation.

"It's been a long time since we've come into the stadium for introductions and opening kickoffs and heard a crowd roar and noise up in the stands," he said. "It certainly was appreciated, and I think it made a difference."