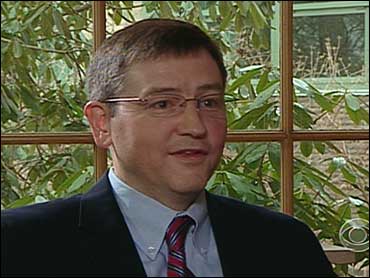 For guidance counselor Nancy Siegel and the seniors at New Jersey's Millburn High, it's been a great year.

But for colleges, deciding which students to offer places to has been trickier than ever.

"It has definitely changed," Siegel said. "I see things moving in a totally different direction than they were years ago."

What's different, reports CBS News anchor Russ Mitchell is the economic crisis has left students and parents wondering more than ever about being able to afford the cost of a four year college education - and that has radically changed the pattern of college applications.

While applications at elite schools like Harvard and Yale - which can offer generous financial aid packages - are at their highest levels ever this year, applications to some of the top liberal arts colleges like Williams and Swarthmore have plunged.

Jim Bock, the dean of admissions at Swarthmore College, said that in the past, one out of 10 parents would ask about financial aid - and now at least half do. Last week, his team send out more than 900 acceptance letters. But with a sticker price approaching $50,000 a year, Bock is not sure how many students will enroll.

"Given the economy my sense is families probably looked a little bit more at state schools as well as small to medium large colleges," Bock said.

The University of Connecticut, a state school, is working out how to convert some of the dorm rooms from two beds to four. Applications are up five percent, and they're expecting more in-state kids to accept their offers because of the lower cost.

Next year, University of Connecticut will charge around $20,000 for tuition, room and board. The price at Swarthmore is well over twice as much.

"We expect more students in state will say yes to us because of the economy," said Dolan Evanovich, the vice president of enrollment at the University of Connecticut. "We don't want to overshoot our target so we're actually being tougher on students with SAT scores and grade point averages and class rank."

"Do you sit on pins and needles between now and May 1 wondering who is going to say yes?" Mitchell asked Bock.

"Absolutely," Bock said. "So the big fear, the question I get all the time, is we want a class of 390 for next year, and we admitted 950 or 959. What if they all came? The anxiety for those who sit in my position is what will the yield be this year? Do we admit more, do we admit less less?"

At Swarthmore, Bock feels many parents don't realize that the average student who receives aid will get around $35,000 in financial help.

"Do you ever worry about a day where too many students, too many parents will say, I can't afford a place like Swarthmore?" Mitchell asked.

"I fear with the increasing price, the perception of sticker shock, that students will maybe not look at places like this as much," Bock said.

Many colleges are actually increasing the amount of aid they're offering this year - bidding up the stakes in what looks like a buyer's market.